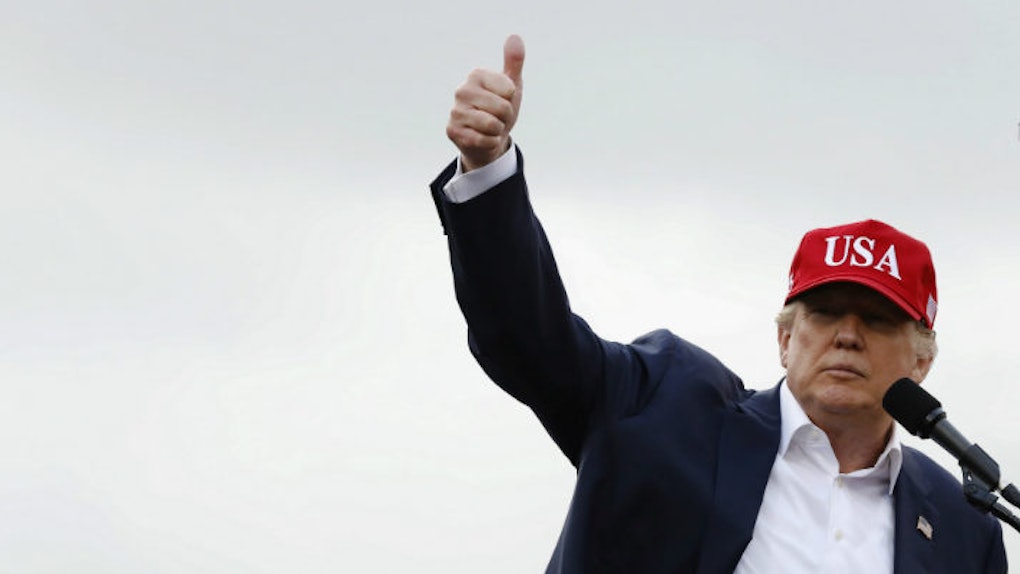 *sighs and prepares for the onslaught of Trump supporters*

If you were holding out hope that somehow, someway, the Electoral College would save us from the next four years, it's time to give up.

On Monday, the Electoral College voted for Donald Trump to become the next president of the United States.

Trump secured the 270 electoral votes needed to win the election, despite protestors begging electorates to vote with their conscience after Trump's hate-filled, xenophobic, sexist-fueled race to the White House.

The electoral vote, which is normally just a formality, was a point of interest this year due to Clinton winning over 2.6 million more votes than the Republican candidate.

Thirty-seven electors would have needed to change their vote from Trump to prevent him from winning.

One Republican elector Christopher Suprun of Texas pledged not to vote for Trump, with one other Texas elector changing his vote.

The Electoral College was originally supposed to serve as a safeguard against "foreign powers" that try to "gain an improper ascendant in our councils."

This is especially relevant due to concerns that Russia hacked our election.

Despite pleas from the protestors, Pennsylvania elector Robert Gleason said,

My fellow electors, let us always remember this shared moment when we stood up for our constitutional system, followed our conscience, answered the call of Pennsylvania voters, and did our part by electing the next president and vice president of the United States, Donald Trump and Mike Pence.

However, in almost 80 percent of previous elections, the winning candidate earned a larger share of electoral votes. He continued,

I thank the American people for their overwhelming vote to elect me as their next president of the United States.

This is despite losing the popular vote by nearly 3 million.

This election represents a movement that millions of hard working men and women all across the country stood behind and made possible. With this historic step we can look forward to the bright future ahead. I will work hard to unite our country and be the president of all Americans.

On January 6, Congress with certify the results of the vote. On January 20, Donald Trump will be inaugurated.