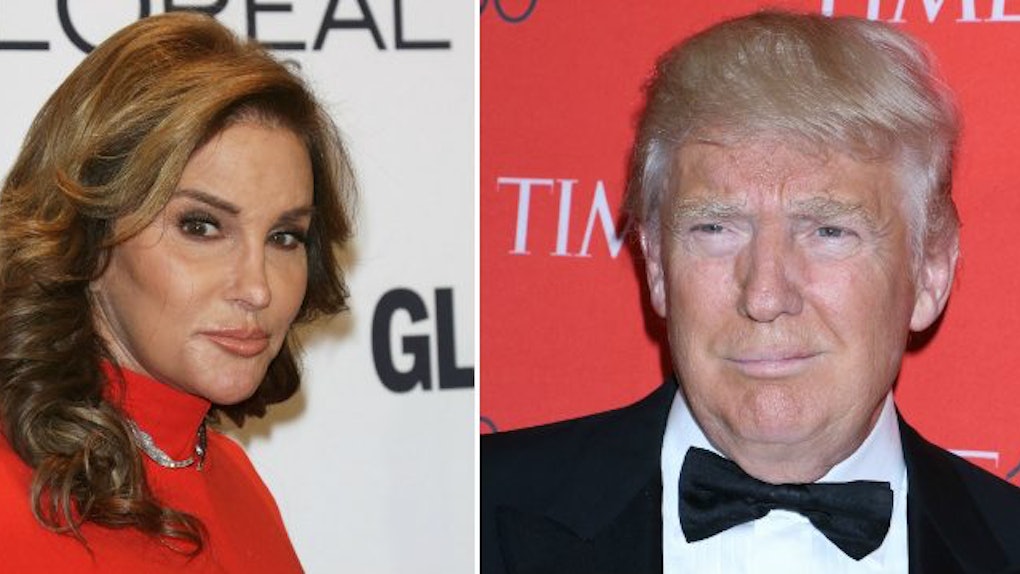 Trump May Dance With Caitlyn Jenner At Inauguration

Some of President-elect Donald Trump's advisers are suggesting that at least one dance at his inauguration should be saved for Caitlyn Jenner.

Jenner is known to be a staunch Republican. At the Republican National Convention in July, Jenner said,

The former Olympian and reality TV star admits the Democratic party handles LGBTQ+ issues better, possibly alluding to the fact Republicans approved platforms that define marriage as a "union of one man and one woman," and tried to restrict bathroom usages to the sex a person was born.

She has, however, "come out" as a Republican due largely to her father's military background. She said,

Now, Trump's advisers are seeing her dedication to the party as a means to unite the LGBTQ+ community with Republicans.

An incoming member of the administration told Page Six that Trump dancing with Jenner was a "brilliant idea."

The image of Trump dancing with Caitlyn would send a strong message that he supports gay rights and trans rights. A picture is worth a thousand tweets.

However, many people are insulted by the idea one dance with Jenner, who is not a shining example of an advocate for LGBTQ+, will somehow heal the nation.

Trump claims he is a "traditional guy" as his reasoning to oppose marriage equality and civil unions. He supports domestic partnership benefits instead.

While he said Jenner could use whatever bathroom she wishes, he expressed support for North Carolina's HB2. He also will not enforce federal civil rights laws to ensure transgender Americans are treated equally under the law.

Trump calls himself a "friend to the gays," yet everyone he has appointed to his cabinet has opposed LGBTQ+ rights.