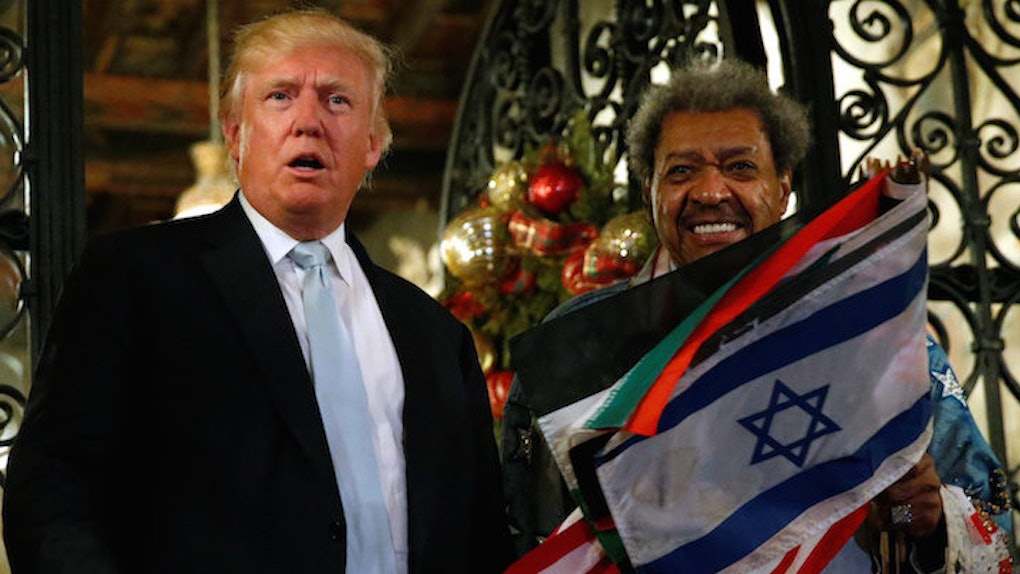 King, who is by no means an expert on this issue, also once stomped a man to death in 1966 after he failed to pay a gambling debt. He was convicted of manslaughter and spent several years in prison.

Before that, in 1954, King was cleared of another murder charge when the judge ruled it to be justifiable homicide.

A lot of people are understandably confused as to why the president-elect felt the need to have a convicted murderer stand beside him while addressing one of the most complex and controversial issues when it comes to foreign affairs.

This tweet aptly sums up the sense of bewilderment and panic many felt upon finding out about Trump's appearance with King.

The strange and unsettling press conference occurred at Mar-a-Lago, because nothing says "I'm taking this job seriously" like standing next to Don King in a sequined denim jacket at a Florida beach resort.

King, who supported Trump throughout his presidential campaign, joined in,

It's just great to be an American. And now with our leader, we're gonna... make America great again. You have to admit he shocked the world.

Yes, Trump definitely "shocked the world," and is continuing to do so. The larger question is whether that's a good thing.

King waved an Israeli flag throughout the press conference, telling reporters it was a symbol of peace,

If Trump truly wants to bring people together, he might want to consider avoiding public appearances with known killers.