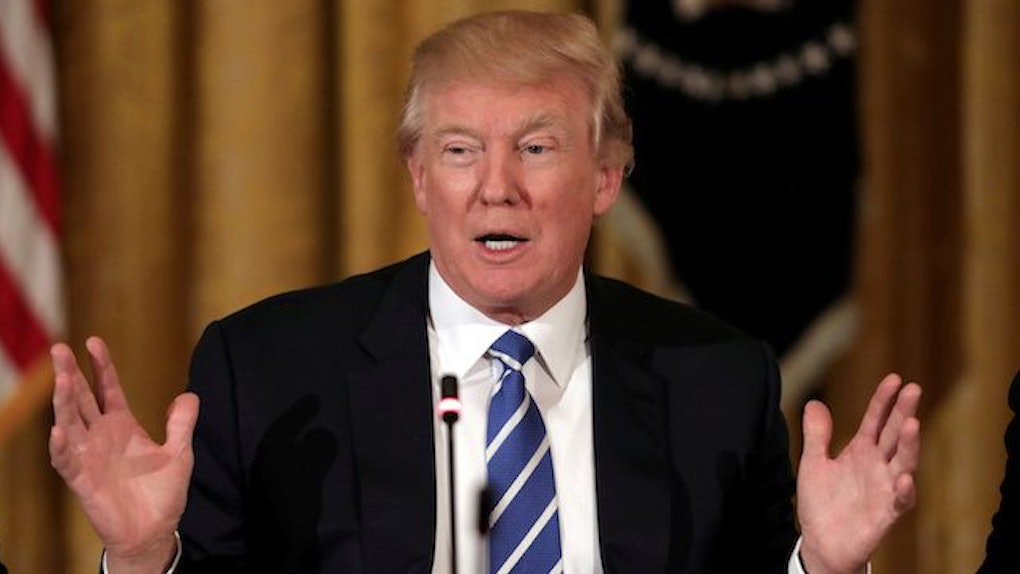 Donald Trump's tax returns from 2005 have been made public — but people were left disappointed with how little the documents revealed.

The POTUS has desperately protected his right to refuse to publish his tax returns, and is the first president since Richard Nixon in the 1970s not to do so.

So when Rachel Maddow revealed she had obtained the returns and would be discussing them on Tuesday's “The Rachel Maddow Show,” it seemed like a huge moment.

There were no explanations of income sources and no details from any other years.

In short — there wasn't much there.

Naturally, millions of people were disappointed by the result, and many had the same reaction.

This wasn't enough — and Trump should release his tax returns, in full, for other years.

Sorry, Chrissy, there was no “pee video” to be found in the leak.

Plenty of people were frustrated with Maddow for the underwhelming report...

... while others argued her actions were important, and could pave the way for Trump's tax returns to be published in the future.

After the show, the White House slammed the program for releasing the tax returns.

But conspiracy theorists believe the Trump administration may even be behind the leak.

The document was unearthed by David Cay Johnston, a financial journalist and Trump biographer, who said he received it anonymously in the post.

As no incriminating details were revealed, it's been claimed Trump's team secretly released the documents so they could continue to protect his returns from other years.

The president has previously argued his lawyers advised against releasing the documents as he is under audit by tax authorities.

Citations: How The Internet Reacted To The Release Of Trump's Tax Returns (Refinery29)