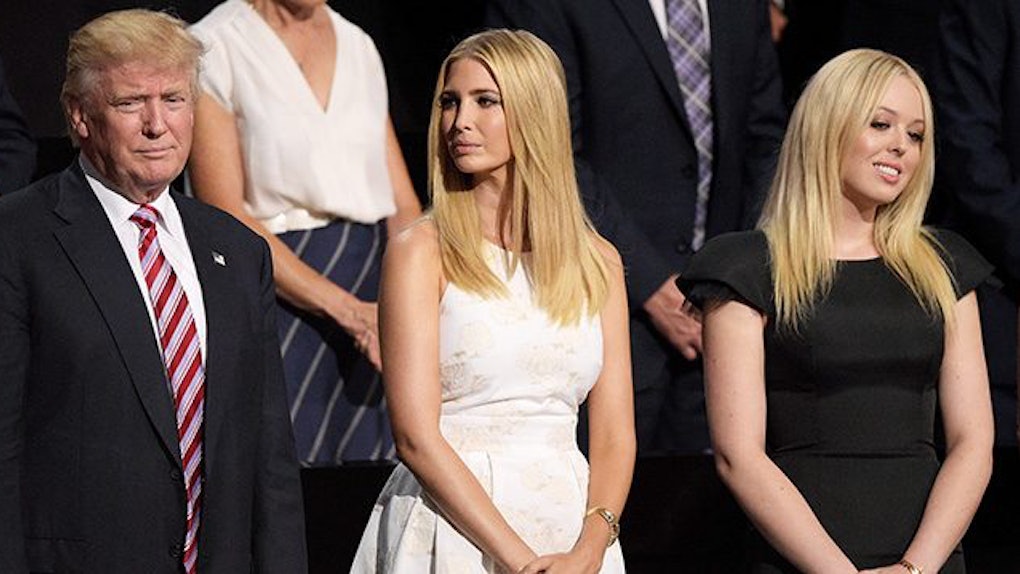 Just as her father returns to the White House from his August vacation, Tiffany Trump starts at Georgetown Law School, which means another member of the first family is coming to Washington D.C. With Georgetown Law's orientation scheduled to begin next Monday, Aug. 21, Donald Trump's 23-year-old daughter is set to join Melania, Barron, and Ivanka Trump as members of the president's family who will either be working or studying in the national's capital. Eric and Donald Trump, Jr., of course, are based in New York where they are heading the family business in President Trump's absence.

Tiffany Trump will be heading to law school after a summer break that included a trip to Europe with her boyfriend, Ross Mechanic, a fellow University of Pennsylvania graduate. During her vacation, Trump visited Italy and Germany -- with the latter stop occuring just as the rest of the Trump family was marred by controversy.

Trump's decision to attend law school close to her family was made public back in May, when it was first reported that she would choose Georgetown. She'll become the third of President Trump's children to attend the D.C.-based university.

Ivanka Trump attended Georgetown for two years, before transferring to her father and sister's alma mater, UPenn. Eric Trump, on the other hand, actually holds a degree from Georgetown. In May, Eric Trump said in a statement relayed to the New York Times,

Georgetown is an incredible school with great significance to me personally. I am so proud of Tiffany and all that she has accomplished. She is an amazing young woman, a terrific sister and has a remarkable future ahead of her.

Tiffany Trump completed her undergraduate studies in spring 2016. During her year away from academics, she joined her father on the campaign trail at times. During that time, the 23-year-old grew a reputation as one of the more distant of President Trump's kids.

In a literal sense, though, she won't be distant anymore. Tiffany Trump is about to be the latest member of her family to make it to D.C., just in time for the president's return.