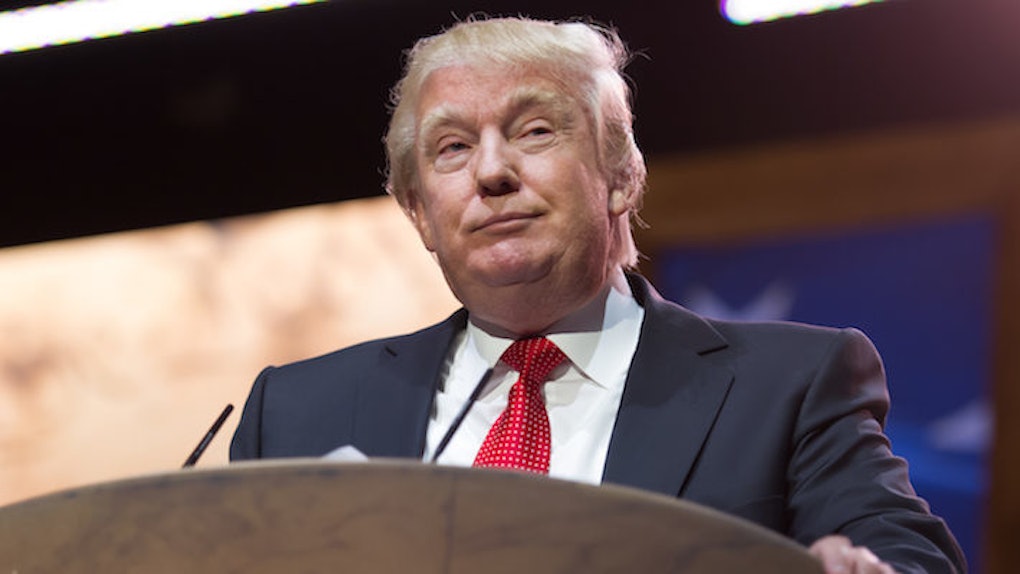 We were lied to during the Republican debate on CNBC Wednesday night. But it's hardly the first time people thirsty to obtain (or retain) power have deliberately spread untruths.

Politicians lie. It's not exactly a secret. We've become quite accustomed to it. That doesn't make it OK, but it's important to accept this reality so we, as a public, stay vigilant and hold those in power accountable when they seek to mislead us.

Some of the lies politicians tell us are worse than others. It all depends on the context.

Bill told us he didn't have sexual relations with Monica. But he did.

Bush told us Saddam Hussein had weapons of mass destruction. But he didn't.

Clinton lying about an extramarital affair is hardly admirable, but it ultimately didn't have a significant impact on the direction of the nation.

Bush lying about WMDs in Iraq was not only egregious, it resulted in a lengthy and costly war in which thousands were killed (and it's a large part of the reason why we're still fighting in that region).

Sometimes the lies politicians tell aren't so boldfaced, but rather carefully constructed distortions of the truth. Essentially every politician is guilty of embellishing achievements or cherry-picking facts to aid a particular agenda.

Politicians lie in a variety of ways.

During the Republican presidential debate on Wednesday night, there was a number of blatant and reprehensible lies told by the candidates.

It's one thing to make a gaffe or speak inarticulately, but it's another to make completely fabricated remarks while addressing the public as a candidate for the highest office in the land.

Here are three blatant lies Republican candidates told during the third GOP debate. These are hardly the only false claims made during the debate, but they're all painfully powerful reminders of the often farcical nature of America's political system.

This was perhaps the boldest lie of the evening as it has no basis whatsoever. Fiorina was reusing a previously debunked statistic thrown out by Mitt Romney during the 2012 presidential race. As The Washington Post notes:

While the statistic was technically correct for one month in 2012 — about three years into Obama's first term — it quickly was dropped by Romney's campaign because newer economic data made it obsolete. In the debate, Fiorina claimed that this statistic was true for Obama's first term. But by the time he took the oath of office a second time, his jobs record was a net winner, both for men and women. So this claim is utterly wrong.

Indeed, this was a poor choice from Fiorina. She recycled a disproven stat utilized by a man who ran for president and lost.

While much of what Trump has said throughout his campaign thus far has been controversial and offensive, he's made some valid points at times about campaign finance. There is an evident need for campaign finance reform in this country.

Trump has tried to pitch himself as anti-corruption by highlighting the fact he's self-funding his campaign. But that's an utter lie.

According to USA Today, over half of the money Trump's campaign raised has come from supporter contributions.

So nice try, Trump, you can go back to feeling sorry for yourself because your father only lent you $1 million when you were just starting out.

Donald Trump says he hasn't had an easy life. After all, his dad only gave him a million dollar loan https://t.co/OBjPmeQFs3 — NowThis (@nowthisnews) October 26, 2015

Ted Cruz: "The questions asked in this debate illustrate why the American people don't trust the media."

With this statement, Cruz highlighted his belief the mainstream media has an evident liberal bias.

Most will agree CNBC let everyone down with how it ran the debate last night. The moderators didn't press the candidates in a productive or meaningful way, and the debate wasn't substantive as a consequence.

But Ted Cruz is wrong; there is no "liberal media." If anything, America's media is too conservative.

While the mainstream media in the US is certainly worthy of criticism, primarily for its sensationalized and misguided coverage, it's misleading to characterize it as "liberal."

Americans like to think of their country as a beacon of democracy where freedom of expression is respected and upheld with vigor. But that's simply not the case. The US ranks number 49 out of 180 countries on the World Press Freedom Index. Former Soviet Republics rank higher. So we have a long way to go in terms of truly establishing a "liberal" or free media.

But this isn't the reason Cruz, and others on the right, attack the so-called "liberal media."

Individuals like Ted Cruz would have you believe the media has a bias against them because it has the audacity to fact-check their fallacious and fear-mongering rhetoric.

If you take a look at Ted Cruz's profile on PolitiFact, a Pulitzer Prize-winning fact-checking project operated by the Tampa Bay Times, you'll see he excels at making false claims in public. The majority of his statements analyzed by the project were ranked "false" or "mostly false."

Sorry, Ted Cruz, the fact most of the media (other than Fox News) challenges your erroneous assertions with actual evidence and facts does not mean it's biased against you. This argument is as unfounded as essentially every public statement you've ever made.

When a reporter does his or her job, it doesn't mean there's a liberal conspiracy against conservatives; it's called good journalism.

And if we had a truly liberal media, last night's debate wouldn't have been such a charade, and our politicians wouldn't get away with lying so frequently.