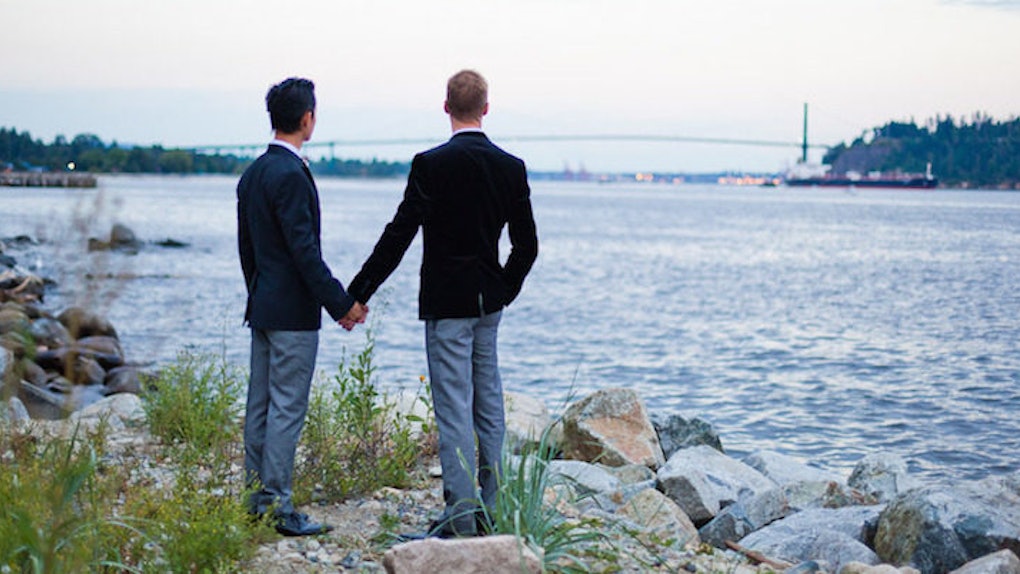 Tax Day Forces Same-Sex Couples To Lie About Their Relationships

Tax Day is a dreadful time endured by most Americans every mid-April. But for same-sex married couples, Tax Day is even more of a legal nightmare.

Although we now live in a country in which most states recognize same-sex marriage, there are still 13 states that do not. And thanks to the bigoted views of these unlucky 13, same-sex couples living in these states must file double the paperwork.

If your state does not recognize same-sex marriage, any gay couple living in your state, even if the pair were legally married in another state, must file taxes individually as if each was single.

So basically, same-sex married couples magically become single again every April 15, when taxes are due.

But it's not only the added paperwork making this so unfair. What's truly upsetting about the entire situation is many married same-sex couples are forced to use the label "single" as they complete government documentation.

Same-sex couples basically have to lie about their relationship status because some states don't support their sexual preference. Oh, America.

We're adults, we're contributing to the welfare of society and yet, here's this one thing that just reaches up every year and kind of slaps us in the face.

For same-sex married couples living in states that do not recognize their marriage, however, they must file separately for state income tax forms, and then together on their federal forms.

In some cases, this results in same-sex couples having to file up to five different returns.

It's as if same-sex couples are penalized as they wait for the rest of the country to get with the times.

Now, our nation isn't to be dismissed for all the progress it's made in the past few years with marriage equality. In 2014 alone, the US made incredible strides within the LGBT movement.

So then why all the beef with taxes? Because our state governments are still divided on the issue.

Despite the growing support in same-sex marriage, 13 states still haven't legalized love. This puts the status of homosexual citizens left in a foggy, in-between state.

Not only does this create further headaches and frustrations, but it also serves as a reminder our nation is still structured in a discriminatory manner.

Imagine marrying the person you love. Imagine buying a home and moving together. Imagine starting a family together.

Now imagine, every April, having to check off a box labeled "single," an annual reminder from the government you still don't really count.

There's something very wrong about this, and it must be addressed.

Later this month, the Supreme Court is expected to rule on whether all 50 states should be required to legalize same-sex marriage. Hopefully, by then, the United States will finally be a nation where all citizens can marry who they love.

Maybe then, the members of the LGBT community won't have to go through hell to file taxes.

Maybe then, they will no longer be treated like second-class citizens.

For same-sex couples reading this who want more information regarding how to file your taxes, the best way to understand them is by researching the guidelines set out by your state's website or contacting a CPA.