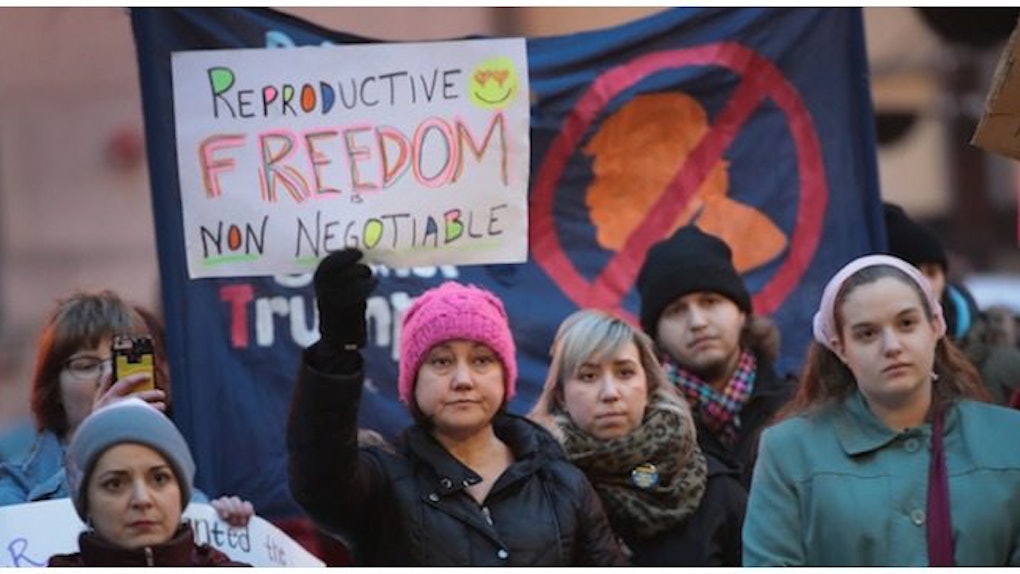 Surprise! States With The Most Abortion Restrictions Also Have This In Common

In only seven years, anti-choice legislators across the country have passed 391 laws restricting access to abortion, according to the Center for Reproductive Rights. There have been fetal cremation and burial bills, attempts to pass heartbeat bills, and attempts to shutter clinics that offer abortion services. If you ask anti-choice politicians why these laws are necessary, the answer is often: for the sake of women's and children's health.

But that's not really the case, according to a new report.

In fact, states with the most abortion restrictions have some of the worst outcomes when it comes to women's and children's health.

On August 1, the Center for Reproductive Rights (CRR) published the second volume of their reproductive rights report Evaluating Priorities, examining anti-abortion policies and whether or not they are backed up by scientific evidence. The report asked, are these anti-choice policies science-based? Do these laws help the women and children that policymakers claim they're protecting?

The report found that the shift in focus to fetal health by anti-choice politicians was due largely to the decision rendered in 2016's Whole Woman's Health v. Hellerstedt, which essentially determined that the Texas state government could not create undue burdens for women seeking abortions, given that there is no proof that these procedures have a negative health impact on the mother.

The report, a collaborative effort between the CRR and Ibis Reproductive Health, found a downright disturbing correlation between abortion restrictions and negative impact on women's and children's health. "[The] more abortion restrictions a state has passed, the fewer evidence-based supportive policies exist, and the poorer the health and well-being outcomes for women and children," the report said.

The report made a clear connection between reproductive rights and health outcomes for children:

Additionally, Evaluating Priorities considered variables that might negatively impact health, such as social, economic, and environmental factors, but the conclusion was still the same.

The more abortion restrictions on the books, the worse the health outcomes for women and children.

So if life is a priority for these legislators, what about maternal health? Prenatal care? Children's health?

All of these forms of health care were on the chopping block in both the House and Senate versions of the health care bill. Pregnancy could have been considered a pre-existing condition, exempting insurance companies from covering prenatal care. Additionally, Medicaid, one of the largest insurers of children in the U.S., would have lost billions in funding under either GOP health care bill. Many of the most vocal anti-choice politicians voted "yes" for these bills.

Reproductive rights are in immediate danger, and a woman's right to choose is clearly instrumental to her overall well-being -- and the well-being of children.