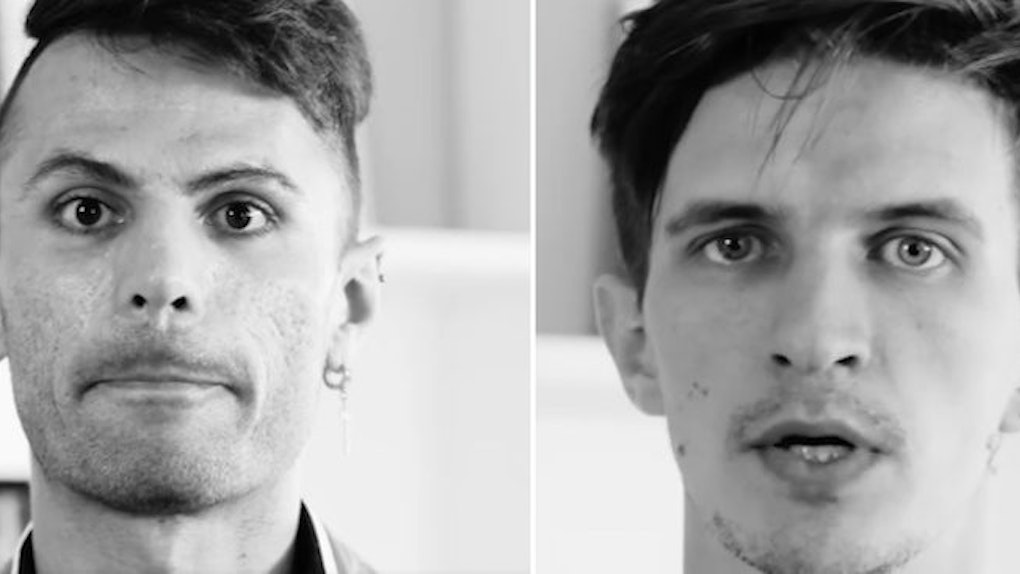 That's what gay people in Chechnya are currently facing, according to multiple reports.

In a devastating new video, gay Russian refugees who were granted asylum in the US read the haunting testimonials of gay people in Chechnya who've been subjected to these inhumane practices.

The stories coming from those lucky enough to survive and make it out are harrowing. We felt that by sharing them, we could put this nightmare in perspective for the many people that have only read about it in a newspaper. The world needs to act.

"They attached the wires of the stun gun to me. It's very painful," one of the men in the video says, "I endured as much as I could and then I passed out."

Other men in the video tell stories of vicious beatings, broken bones and even familial betrayals.

Over the past few weeks, disturbing reports have emerged out of Chechnya claiming the government is forcing gay people into concentration camps, torturing and sometimes even killing them.

In Chechnya, which is a federal subject Russia, it's very dangerous for LGBTQ+ people.

The LGBTQ+ community is oppressed throughout Russia, but especially in Chechnya, where homophobia is openly condoned by the draconian government led by Ramzan Kadyrov.

The international community has condemned Chechnya over these reports.

A recent statement from a panel of five experts who advise the UN Human Rights Council said,

These are acts of persecution and violence on an unprecedented scale in the region and constitute serious violations of the obligations of the Russian Federation under international human rights law.

The statement went on to discuss the treatment gay people are subjected to in Chechnya, including, "physical and verbal abuse, torture including with electric shocks, beatings, insults and humiliations."

The experts also discuss how these individuals are "forced to give contact details of other gay people" and threatened with having their sexual orientation exposed to their friends and family, which could lead to "honor killings."

Meanwhile, it does not appear as though Russian President Vladimir Putin, whose government has targeted LGBTQ+ rights, is poised to do anything about this.

This is precisely why groups like Human Rights First are trying to spread awareness on this issue, as to increase pressure on the international community -- and Russia for that matter -- to speak up, step forward and act.