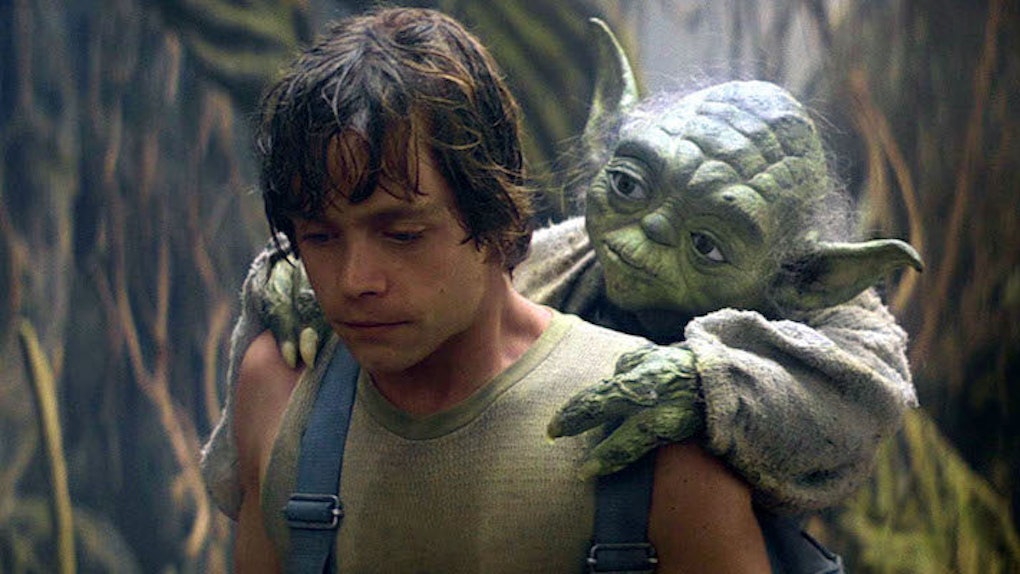 What 'Star Wars' And Luke Skywalker Can Teach Us About Terrorism

Don't worry, there are no spoilers in this article (unless you haven't seen "Star Wars: Episode IV - A New Hope").

Terrorism is an extremely complicated subject, but we often approach it with a black and white mentality.

We can all agree killing innocents in order to induce broad social and political changes is wrong.

But our view of what constitutes terrorism and who can be labeled a terrorist arguably requires further discussion and analysis.

The expression, "One man's terrorist is another man's freedom fighter," comes to mind in this regard.

"Star Wars" and one of its main characters, Luke Skywalker, offer a great analogy in this sense, which is summed up quite succinctly via this meme:

At the beginning of "Star Wars: Episode IV - A New Hope," Luke is a restless young man from the desert looking for direction in life.

Eventually, he meets Obi-Wan Kenobi, a sage-like and charismatic individual (with a beard) with deep connections to an ancient faith (the Force) widely regarded with suspicion (Han Solo refers to it as a "hokey" religion).

Obi-Wan Kenobi wants Luke to join him on a crusade against the Galactic Empire, the most powerful entity in the galaxy, but the young man is reluctant to leave home.

But then the Empire kill his uncle and aunt, radicalizing Luke and instilling within him a desire for vengeance. He immediately becomes an adherent of the Force, a religion he has no specific understanding of, and joins a group of rebel insurgents.

All of this culminates with Luke playing a prime role in an attack that destroys a massive military base and kills thousands.

Does any of this sound familiar?

For the record, the United States is the Galactic Empire in this analogy, and Luke Skywalker is a terrorist -- one man's terrorist is another man's freedom fighter.

Unless you're a fan of rooting for the bad guy, you likely despise the Galactic Empire and feel Luke's actions were justified. If you're American, that might make you uncomfortable with the comparison offered here. After all, the Galactic Empire destroys entire planets and kills people indiscriminately, and no one wants to believe their country is guilty of similar acts.

But the truth is, the US is much like an empire, with around 800 military bases globally, the most powerful military and the largest defense budget in the world.

While the actual level of America's influence across the world is frequently debated, it's fair to say it's still the most influential country on the planet.

With that said, we unfortunately must own up to the fact the US often kills innocent civilians via its military activities -- primarily airstrikes and drone strikes. This helps contribute to the radicalization of local populations and, in turn, more terrorism.

In the post-9/11 era, the US has conducted thousands of drone strikes, targeting and killing suspected terrorists in places like Somalia, Afghanistan, Pakistan and Yemen.

In Pakistan alone, it's estimated this has led to the deaths of somewhere between 425-963 civilians (it's difficult to get an exact number given a lack of transparency from the US government and the fact these strikes occur in extremely remote areas).

This has palpable consequences.

The vast majority of Pakistan, for example, views the US with negativity, and this is definitely linked to America's use of drones and drone strikes. Two-thirds of Pakistanis believe drone strikes kill too many innocent people.

Correspondingly, Faisal Shahzad, a Pakistan-born naturalized American citizen, attempted to bomb Times Square in 2010 -- he cited US drone strikes as his inspiration.

This is not to say terrorism is ever justified, but that it's important to understand it's often a consequence and product of US foreign policy.

And is it not also terrorism when a government kills innocent people, whether domestically or in foreign military campaigns?

Consider also the account of Farea al-Muslimi, a Yemeni man who studied at an American high school and expressed deep gratitude and affection for this country. In 2013, al-Muslimi testified in front of Congress about a drone strike that occurred in his village in Yemen.

Before the strike, what the people in his village knew of America was primarily derived from the positive stories he told about his time there. But as he explained to Congress,

Now, however, when they think of America, they think of the fear they feel at the drones over their heads. What the violent militants had failed to achieve, one drone strike accomplished in an instant.

Indeed, much like one military strike turned Skywalker completely against the Galactic Empire, US drone strikes and airstrikes are increasing enmity toward America.

America is currently confronting the threat of ISIS in Iraq and Syria and has conducted thousands of airstrikes against these terrorists since August 2014. There's evidence hundreds of civilians have been killed as a result. If this continues, it could radicalize local populations and make them more sympathetic toward ISIS.

There will be times the US has no choice but to "use the force," as Luke did when he helped destroy the Death Star (the massive Galactic Empire military base/weapon). But it's important we recognize this has consequences as we seek to understand and eradicate terrorism. There are shades of grey in everything.

In the words of Yoda, one of the greatest and wisest jedi from "Star Wars,"

Fear is the path to the dark side. Fear leads to anger. Anger leads to hate. Hate leads to suffering.

We can't allow fear to dictate our foreign policy as we respond to terrorism, or we end up perpetuating an endless cycle of violence.