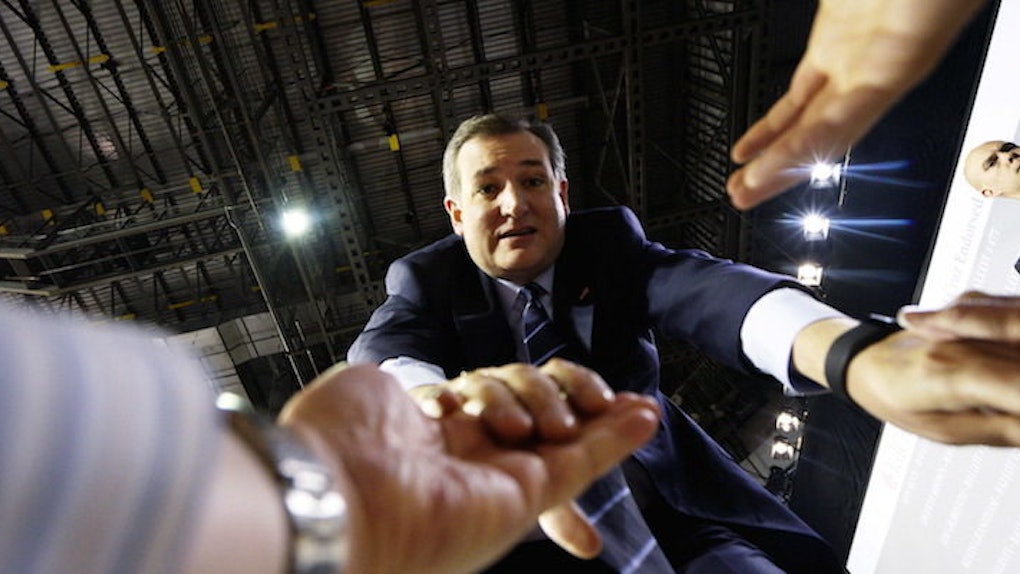 Samantha Bee responded to the news that Ted Cruz dropped out of the presidential race in the absolute best way possible.

Before we get to her response, let us fill you in on what happened...

Cruz suspended his campaign for the Republican nomination Tuesday night after Donald Trump won the primary vote in the state of Indiana by a wide margin.

Trump already had a wide lead among his Republican competitors, and by Tuesday night there was no way for Cruz to even come close.

Although John Kasich is still in the race, Trump is now being called the presumed nominee for the GOP.

Now, onto her epic response...

"Full Frontal" host Bee has been a strong fighter for abortion access. She showed her support in a segment on laws that cause abortion clinics to shut down.

Cruz, on the other hand, is vehemently against the right to abortion. He repeatedly said during his campaign that he would take away a woman's right to an abortion should he become president.

So once he backed down, Bee stepped right on up with this tweet:

In his speech, Cruz said he no longer had a "viable path" to become the GOP nominee. But the term "viability" also connotes abortion, as it refers to the ability of a fetus to survive outside of a uterus. It is a term often used in the fight over women's access to a fundamental, and constitutional, right.

Although many people chose to tweet jokes about Ted Cruz being the Zodiac Killer, Bee took this route -- and we're not mad about it.