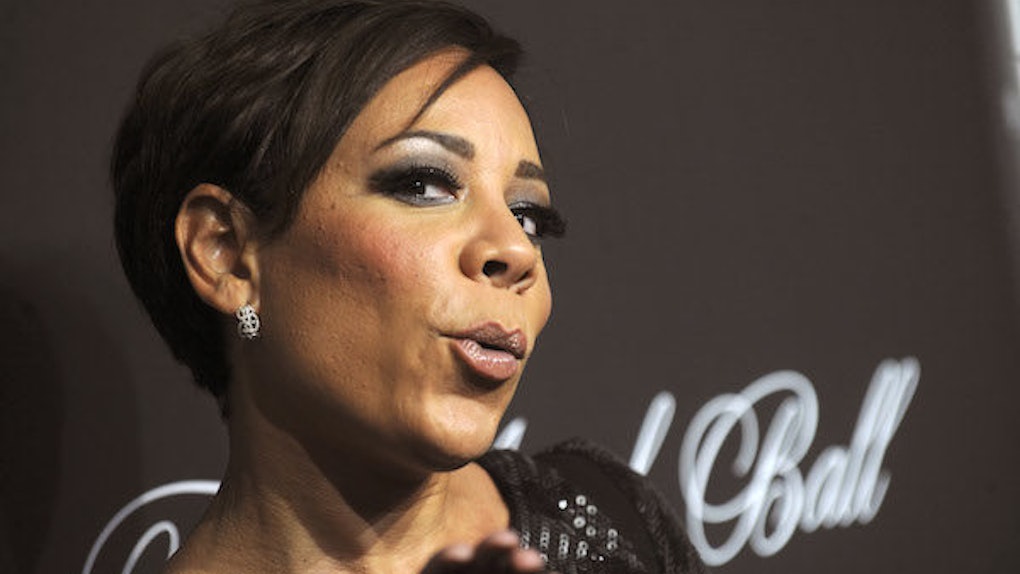 While 70,000 American Latinos turn 18 every month, their voting registration numbers remain low, and only 51 percent of all eligible Latino residents were registered to vote in the 2012 federal elections.

“Orange Is the New Black” star Selenis Leyva partnered with Rock the Vote to change these statistics. Rock the Vote President Ashley Spillane recently spoke with Leyva in honor of National Voter Registration Day to learn more about her desire to turn out Latinos in 2016.

What is National Voter Registration Day?

National Voter Registration Day is a holiday in the United States celebrating our right to vote and encouraging people to come together to make sure they are registered at their current address.

Think of it as the Christmas Day of voter registration!

How did you first get involved with National Voter Registration Day?

I know that if you want to have a say in this country’s policies – which impact your life in so many ways every single day – you have to show up and vote. The people who represent us literally make decisions for us – and you have to vote if you want those people to be making those decisions on your behalf.

You can’t show up to vote in most states without being registered. That’s why I am celebrating National Voter Registration Day -- because registering to vote is the first and most necessary step we take to making your voice heard at the ballot box.

Why do you think it's especially important to register to vote now more than ever?

Change in this country is made one of two ways: money or masses.

Right now, Latinos make up the largest growing constituency in this country. We have the masses. There are 70,000 eligible Latinos turning 18 every month and one in every four school children in this country is Latino. I am speaking out to tell all the Latinos in this country: you have got to register to vote and get out there in 2016. When we vote, politicians listen – and we cannot afford for our next President, Senator, Congressman, State legislature, City Councilor – whatever office -- to make them listen to us.

What's the biggest reason why you're planning to vote this cycle?

I have a daughter that isn’t old enough to vote yet. I want to set a positive example for her and teach her how important it is to participate in our democracy. Some people say the political system is broken – I think it’s actually working the way it’s supposed to. When people don’t vote, they give their power away.

If we want the politicians to work for us, we have to show up. I want my daughter to know I will always show up and I expect her to do the same.

What would you say to someone who thinks his or her vote doesn't matter?

Voting is literally the only thing that makes us all completely equal.

My vote counts as much as your vote counts – no more, no less. And whether you like my opinion or not, you have to listen to it when I voice it by casting a ballot.

What can we do to help each other get registered and ready to vote? Where can we find information?

We have got to create a more fun culture around voting in this country. Yes, voting is our responsibility as US citizens but is also a powerful, fun, patriotic thing we can do together. It’s really not about the Democratic Party or the Republican Party – VOTING is the party!

So today, I’m asking you to grab a friend and get registered to vote. Do it together on your phones at RocktheVote.com or promote it online to your social network with the hashtag #CelebrateNVRD.