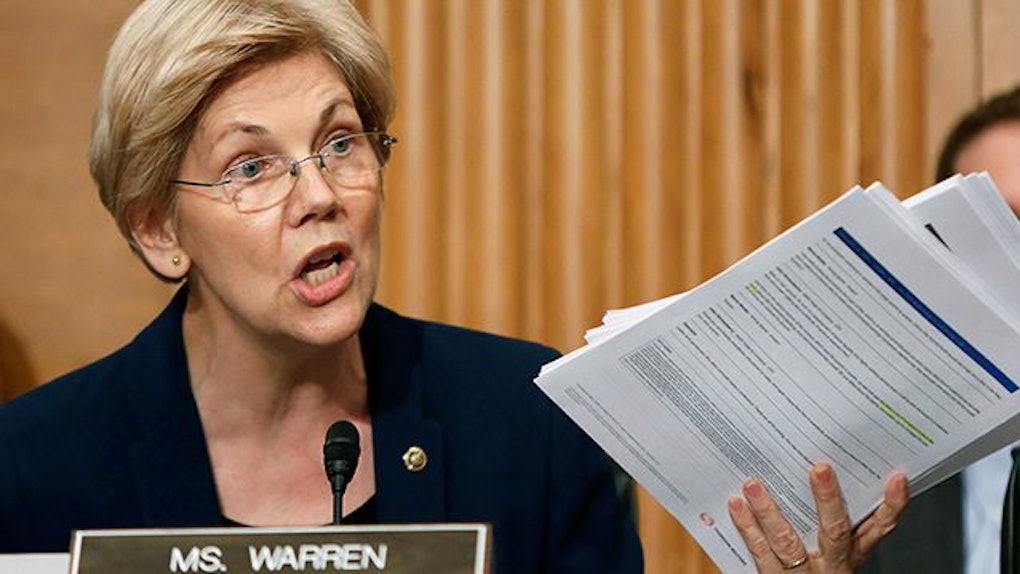 What Republicans Who Silenced Liz Warren Tweeted On MLK Day

On Tuesday night, 49 Republicans voted to prohibit Sen. Elizabeth Warren from speaking after she began to read a letter written by Coretta Scott King, the late widow of Dr. Martin Luther King, Jr.

Warren had been reading the letter while debating against the nomination of Sen. Jeff Sessions for Attorney General. However, GOP senators were able to stop her in her tracks after their leader, Kentucky's Mitch McConnell, invoked what is known as Rule 19.

Rule 19 more or less states that senators are not allowed to impugn one another or call into question each other's motives and character.

The crucial moment can be seen in the video below.

It was a politically clever move – they'd shut down Liz Warren by using what is practically a technicality – but it's one that highlights a point that should not be missed.

There is noticeable contrast between what politicians say about Dr. King and the contradictory things they do with regard to the laws he fought for.

Nothing illustrates this contrast better than the kinds of remarks these politicians – and particularly top GOP figures – had for King on MLK day just a few weeks prior.

One by one, they expressed admiration for Dr. King, and a desire to continue his work.

And yet, when Warren cited Coretta King's letter – which was written in the '80s and stated Jeff Sessions would "irreparably damage the work of my husband" – the senator was shut down.

This is not to say Republicans lack morals or anything... there's no need to veer into that discussion.

And ultimately, there is a legitimate argument that Warren "directly or indirectly" impugned Jeff Sessions, which Rule 19 prohibits.

Even if the rule has not been invoked in more intense cases – and despite the social trend Warren sparked – it's important to acknowledge that argument.

But the bottom line is this: There is indeed a huge gap between the key principles King actually stood for and what today's politicians – despite their King-loving tweets – stand for.

We see it from Democrats; particularly those who embody the "moderates" King was disappointed with. And we see it from Republicans, in the way their work threatens voting rights.

Of course, helping to secure voting rights is one of the biggest parts of Martin Luther King's legacy. And this brings us back to his wife's letter.

Mr. Sessions has used the awesome power of his office to chill the free exercise of the vote by black citizens.

Despite all their tweets expressing a desire to continue Dr. King's good work, the Republicans who voted to shut down Liz Warren seem to desire supporting the work of an Attorney General nominee whose ability to do so is questionable at best.