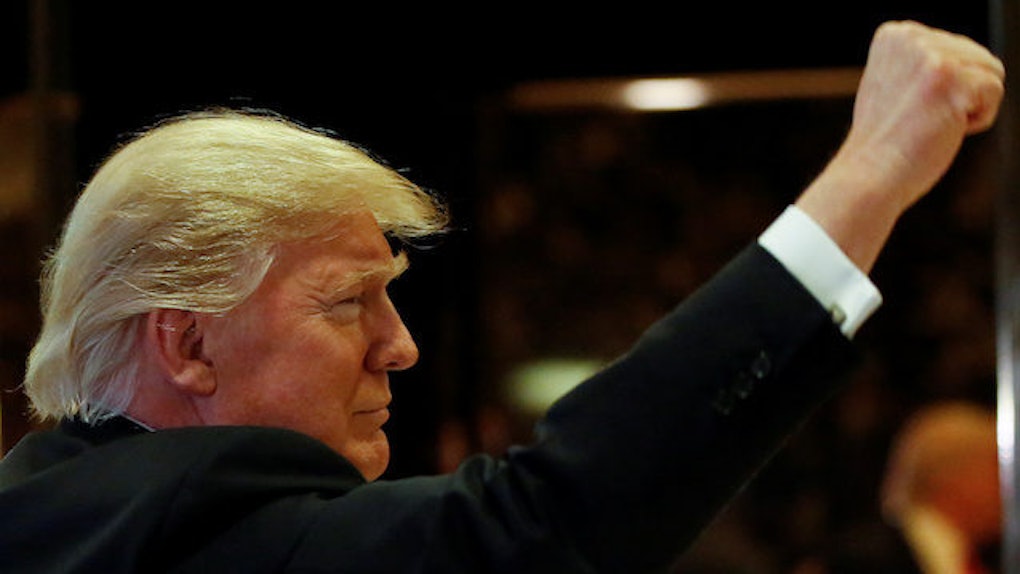 We have limitless questions about the future of America after Donald Trump is sworn in later this week.

Sadly, those answers will remain the cruel surprises of 2017.

There is one question, however, we can answer right here and now – and that's what the president-elect plans to do with his Twitter handle, @realDonaldTrump, when he becomes POTUS.

I'll give you a hint... it has something to do with his ego. OK, that's not really a hint, anyone who's heard the man speak could have guessed that.

He's going to keep his handle the same. Why? Well, because Trump's popular – like really, really popular – he basically told The Times in a recent interview.

@realDonaldTrump I think, I'll keep it... so I've got 46 million people right now — that's a lot, that's really a lot — but 46 million — including Facebook, Twitter and ya know, Instagram, so when you think that you're 46 million there, I'd rather just let that build up and just keep it @realDonaldTrump.

His reasoning behind it – besides the large ego – actually makes a lot of sense.

It serves as quick clarification to any outrageous claims that surface in the media (of which there are a lot – golden showers, anyone?).

It's working — and the tweeting, I thought I'd do less of it, but I'm covered so dishonestly by the press — so dishonestly — that I can put out Twitter — and it's not 140, it's now 280 — I can go bing bing bing... and they put it on and as soon as I tweet it out — this morning on television, Fox — 'Donald Trump, we have breaking news.'

So there you have it. Trump is going to stick with what he knows best, because he is the best – the best of the best!

Meanwhile, poor old Barack Obama is going to have his @POTUS handle snatched away from him and shelved as a distant memory of better times.