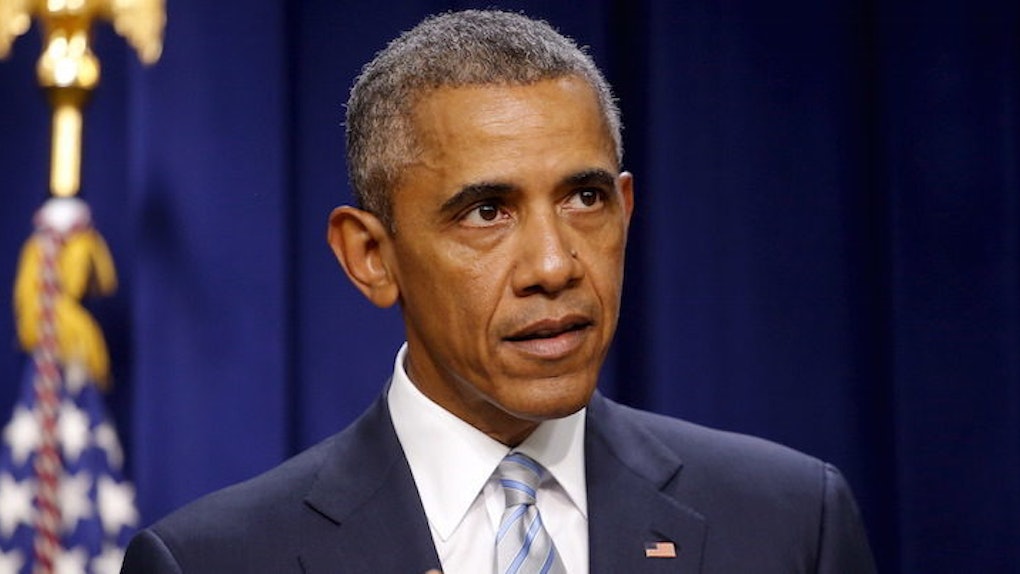 The United States makes up just 5 percent of the global population, but possesses 25 percent of all the world's prisoners.

Indeed, America has the highest incarceration rate in the world, and it continues to have a detrimental impact across the country.

Mass incarceration in the US is intrinsically linked to the war on drugs and the Draconian laws surrounding it, particularly mandatory minimum sentencing.

There are currently people serving life sentences for nonviolent drug offenses, for example.

President Obama is making a concerted effort to address this, and he's making history in the process.

On Thursday, he commuted the sentences of 58 individuals, and published a post on Medium explaining what motivated him to do so.

Today, I commuted the sentences of an additional 58 individuals... As President, I've been working to bring about a more effective approach to our criminal justice system, particularly when it comes to drug crimes. Part of that effort has been to reinvigorate our commutations process, and highlight the individuals like Philip who are doing extraordinary things with their second chances. To date, I will have commuted 306 individual sentences, which is more than the previous six presidents combined. While I will continue to review clemency applications, only Congress can bring about the lasting changes we need to federal sentencing. That is why I am encouraged by the bipartisan efforts in Congress to reform federal sentencing laws, particularly on overly harsh mandatory minimum sentences for nonviolent drug offenses. Because it just doesn't make sense to require a nonviolent drug offender to serve 20 years, or in some cases, life, in prison. An excessive punishment like that doesn't fit the crime. It's not serving taxpayers, and it's not making us safer. As a country, we have to make sure that those who take responsibility for their mistakes are able to transition back to their communities. It's the right thing to do. It's the smart thing to do. And it's something I will keep working to do as long as I hold this office.

All of the individuals the president granted clemency to were serving time for nonviolent drug crimes, including 18 who were serving life sentences over primarily crack or cocaine-related crimes, according to The Hill. Most of the inmates will reportedly be released on September 2, and others early next year.

The president just sent the country a very powerful message about the desperate need for criminal justice reform. He also highlighted how important it is for us to view inmates as more than the crimes than they've committed: They're people first.