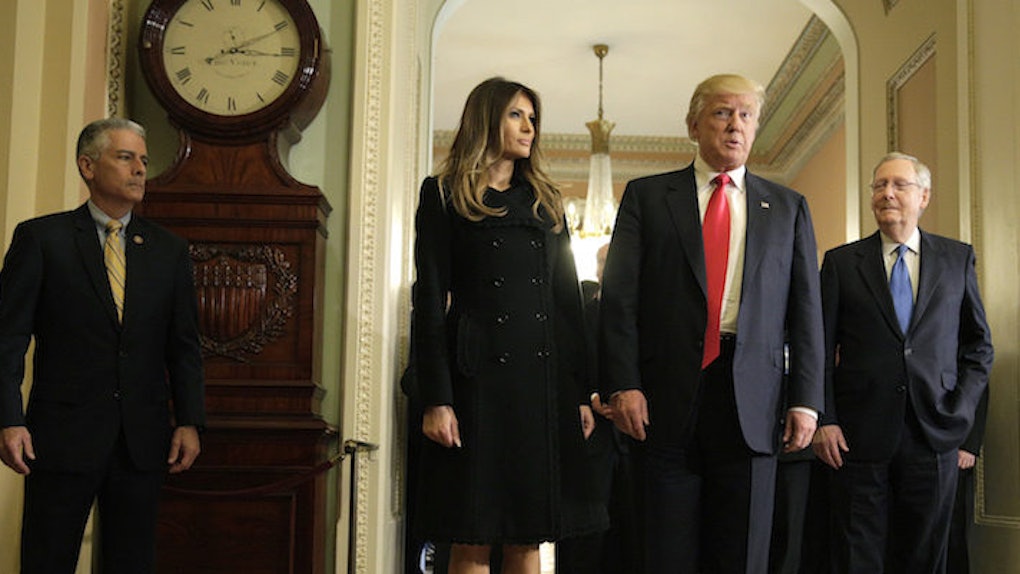 Pic Of Michelle Obama And Melania Trump Looks So Staged

Since Donald Trump is going to become the president of the United States, the White House is starting to work on the transition.

The inauguration happens at the end of January, and there is a lot of work to do before then.

President Barack Obama and his administration are at the front of this transition process, which must be especially painful given that Trump started his political career by making racist claims that Obama was not born in America.

On November 10, Donald and Melania Trump made their official visit to the White House.

The meeting between Donald and Barack looked incredibly awkward.

But it was nothing compared to how awkward the meeting between Melania and Michelle must have been.

The meeting was closed to the press, but one photo managed to circulate.

And oh boy, did Twitter have fun with it.

While I'm sure it was awkward, I also am sure that the two women had enough grace and manners to carry on a conversation. As women have done for centuries, I assume they forced smiles and went on with it.

The First Lady was pleased to extend that courtesy to Mrs. Trump and enjoyed the opportunity that she had to visit with her today.

Earnest went on to say that Michelle and Melania discussed raising children. This is especially relevant given that Melania now has to raise 10-year-old Barron in the White House.

That's a rather unique childhood, and the two women had an opportunity to talk about that experience and being a good parent through that experience.

After Michelle and Melania spoke and toured around, they joined Barack and Donald in the Oval Office.

This is real. This is happening.