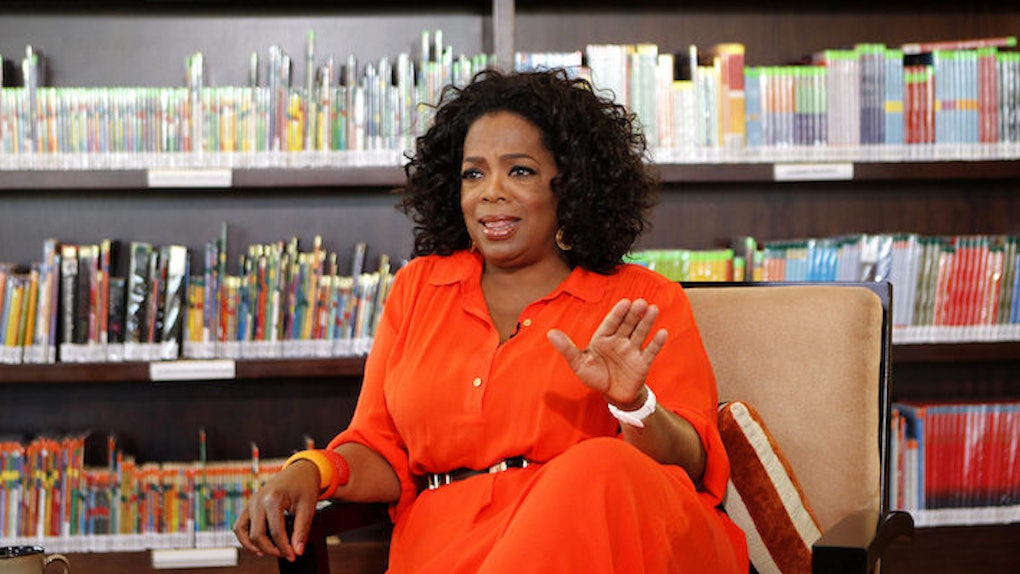 Not Even Oprah Winfrey's Reaction To Trump's Win Is Soothing

As you can imagine, I was pretty lost after election night.  I needed guidance; I needed answers. I felt so, so afraid.

What would the one woman I respect over everyone say? A woman who I spent most of my life idolizing. The one who raised me.

What I wouldn't give to look her in her calming brown eyes and say, "Now what?"

That woman is Oprah. I don't want anyone thinking I'm talking about my mom or something.

I grew up watching "Oprah." In high school, my French teacher would bring in her old O Magazines for me to read. My room basically looked like this:

I knew Oprah would have the answer, but I have to admit that I was shocked. It turned out she needed me, too.

I do live. I'm right here, Oprah. I've always been here. It's me, Hope Schreiber.

Oprah, who backed Hillary Clinton, was stunned after she learned Trump won the election, but she was comforted to see him with President Barack Obama when the two met at the White House on Thursday.

In an interview, Oprah said "hope is still alive."

I could sense, maybe I'm wrong, but I could sense from Donald Trump's body language even when he came out for the acceptance speech, that brotha has been humbled by this world thing. I think it's a humbling process that now you literally have the weight of the world on your shoulders.

She believes that Donald Trump has been humbled by realizing he now carries the world on his shoulders.

I appreciate the sentiment, and if it makes you feel better, then great... But Oprah...

I think this is the only time I've been able to say I disagree with you.

You know what went through my head when I realized Donald Trump won the electoral vote?

Your voice, Oprah. Your voice chillingly saying, "And then... the unexpected happened."

We elected a racist, sexist, xenophobic man to the White House. Not even Oprah can make me feel better.

Citations: How Oprah Winfrey reacted to the election of Donald Trump (Boston Globe)