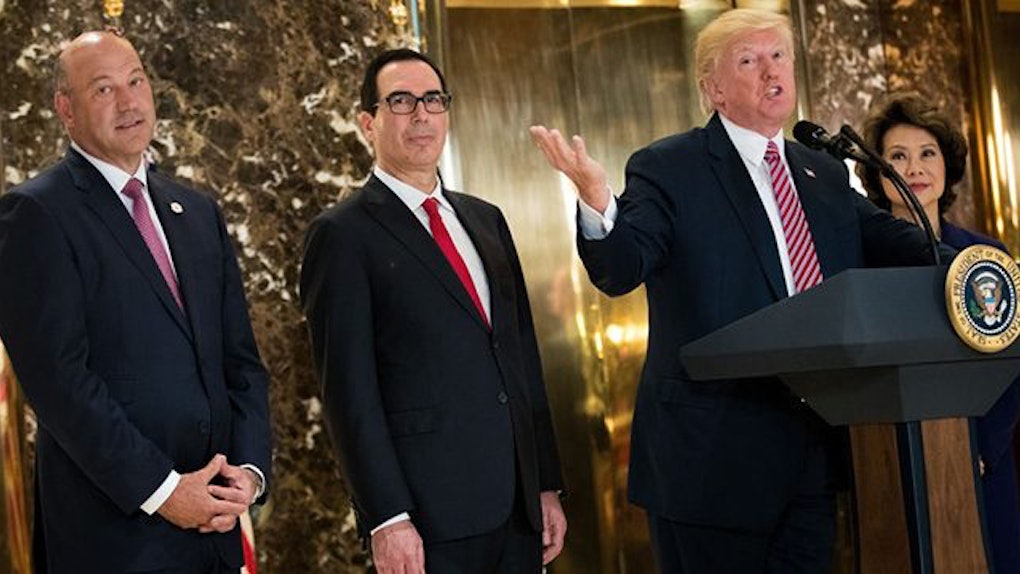 Almost two weeks after the violent protests in Charlottesville, and Donald Trump's subsequents comments on what took place there, the president is still receiving negative reviews for how he addressed the situation. This time, however, the critique is coming from inside the president's own house, literally. The president's top economic advisor at the White House, Gary Cohn, critiqued Trump's Charlottesville response in an interview with the Financial Times published on Friday, Aug. 25.

Cohn, who also serves as director of the National Economic Council, told FT,

This administration can and must do better in consistently and unequivocally condemning these groups and do everything we can to heal the deep divisions that exist in our communities.

Cohn joins Speaker of the House Paul Ryan as one of the more notable people to critique Trump this week in regards to the president's comments about Charlottesville. On Monday, during a town hall forum broadcasted by CNN, Ryan told a crowd of his constituents that the president "messed up" in his remarks about the protests.

Cohn's own thoughts on the matter went further than constructive criticism for Trump, however. The economic advisor, who's Jewish, also revealed that he had been put under pressure to resign after Trump implied there were "very fine people" among those who had been marching during the white supremacist rally in Charlottesville.

As a patriotic American, I am reluctant to leave my post because I feel a duty to fulfill my commitment to work on behalf of the American people. But I also feel compelled to voice my distress over the events of the last two weeks.

Considering earlier reports that cited Cohn's frustration with Trump's comments, the advisor's criticism is no surprise.

If anything, Cohn's critique is indicative of an obvious fact: Trump's remarks about Charlottesville are comments that very few people in the political class have been able to defend.