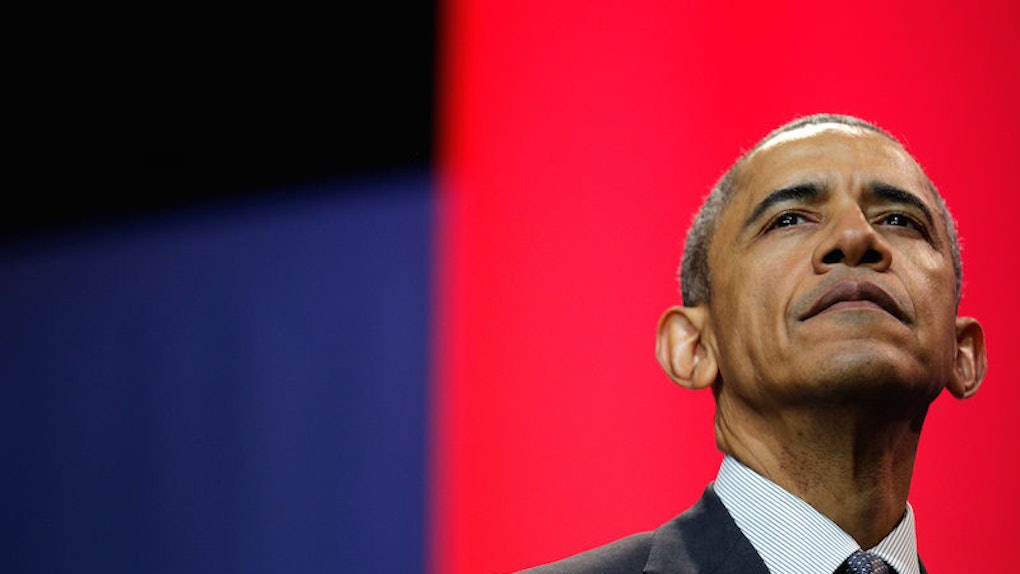 Obama Just Made A Groundbreaking Move To Support Transgender Students

The letter says all public schools must allow transgender students to use the bathrooms matching the genders of which they identify.

If public schools do not let this happen, the Obama letter says, they will lose federal funds.

The letter to schools comes from the US Department of Education and explains this is a Title IX issue. Title IX says students cannot be discriminated against on the basis of sex and gender, affecting everything from inclusive sports teams to the handling of sexual assault at schools.

The letter includes some definitions of terms that would be useful for many people. For instance, it explains gender identity can be different from the sex a person is applied at birth. The letter says,

The Departments treat a student's gender identity as the student's sex for purposes of Title IX and its implementing regulations. This means that a school must not treat a transgender student differently from the way it treats other students of the same gender identity.

The Department of Education said schools must listen when a student says his or her gender, there are no medical requirements for proving one's gender and a student cannot be asked to show identification.

All a student needs to do is alert the administration of how he or she identifies, and he or she will be treated the same as anyone else of that gender.

Making it clear people must be allowed to use the bathrooms of the genders they identify with can be helpful in improving safety.

The Obama administration's letter directly counters the North Carolina bill, saying you have to respect a person's identity or lose money. It's another win for equality under the Obama presidency.