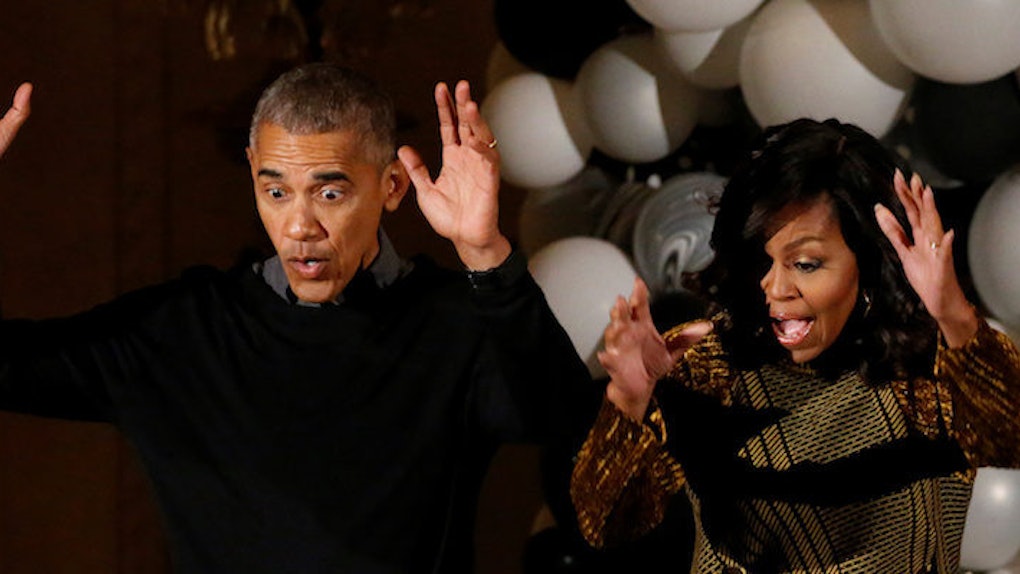 Wow, I mean, many people would agree Barack Obama does seem like a superhero in comparison to Donald Trump and Hillary Clinton.

That's probably why the internet is getting so emotional about this photo.

It shows the president (four more years, I beg of you), flexing as he plays with a tiny human dressed as Superman for Halloween.

That little kid even has the sculpted hair and everything! CUTE.

The adorable picture was taken by Pete Souza, official White House photographer. He posted it on Instagram with the caption,

Flexing with Superman before today's trick-or-treat at the White House. Superman is Walker Earnest, son of press secretary Josh Earnest.

It sent the internet into overdrive. People posted comments talking about how much they love Obama and how America needs him more than ever.

Guys, are we only just starting to mourn the loss of Obama?

It's been a long time coming.

But that time is now.

We need to let him go.

And before you get too excited, I can tell you there's no chance Michelle is going to run the country either.

Barack crushed our dreams while talking on a radio show with six simple words.

He told SiriusXM's “Sway in the Morning,”

She will never run for office.

Yes, Pete was certainly piling on the emotion yesterday.

Remember that photograph from last Halloween when the President, lying on the floor, lifted Ella Rhodes into the air? Here's a couple of frames just before that happened.

Pete must have been in quite a nostalgic mood because he then posted this Instagram photo of a spooky White House in 2009.