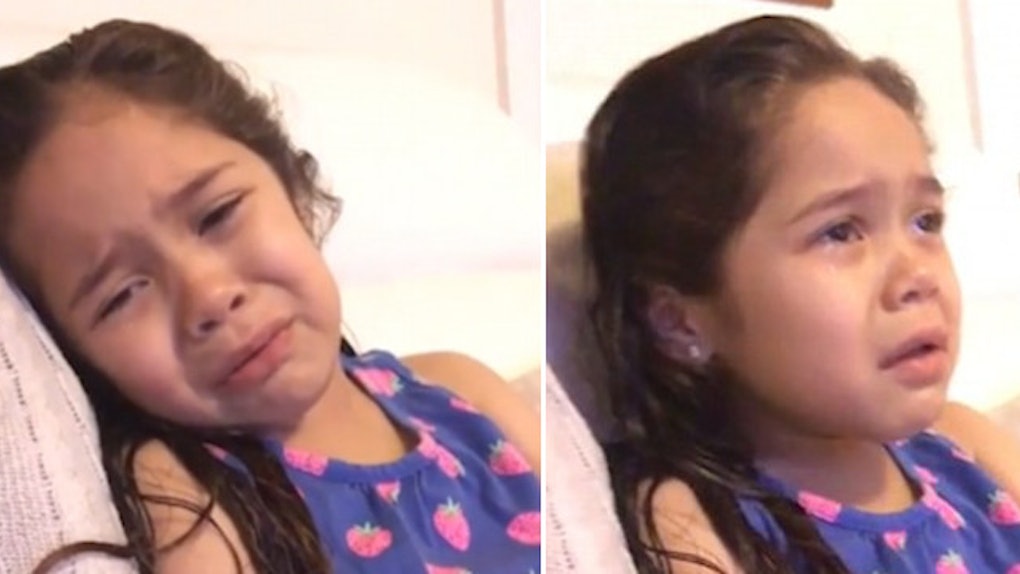 Girl Sobbing Over Obama Leaving Is All Of Us Right Now

In less than 48 hours, President Barack Obama will leave the White House after serving two terms as commander in chief.

As President-elect Donald Trump prepares to take on the job as the most important man in the world, many Americans are feeling blue about Obama's bittersweet departure.

Many of us are simply going to miss the presidential manner in which Barack Obama conducted himself regardless of the situation at hand.

We're going to miss his fact-driven rhetoric and his decency.

However, it's obvious there are still quite a few Americans who feel the opposite. They're thrilled Obama is leaving -- and this 6-year-old girl is NOT one of them.

In a new viral video, we're introduced to a little girl named Amber from Miami, Florida who is not happy about President Obama's leaving and passing the torch to Trump.

Amber was filmed by her mom Linzy as she watched the president's emotional farewell speech on January 10.

Let's just say this 6-year-old girl channeled the emotion millions of Americans were feeling as they stared at Obama's last speech as our fearless leader.

During the video, Amber's mom attempts to comfort her, saying,

Tomorrow we'll watch the Michelle Speech that she made to everybody OK. That one's a really good one -- her final advice speech.

While comforting, those words were not enough to stop little Amber from sobbing.

As any other parent would, Linzy asked,

Why are you so sad though?

In all seriousness, she's right. Why is Amber SO sad?! She's 6 years old, --she doesn't need to be worried about the downfall of American politics right now.

Crayons and cartoons? Yes. Politics? Maybe later. However, Amber doesn't give a fuck about what I think.

She answered her mom honestly, saying,

Because he's never going to be the president no more.

Sure, she's only 6, but she has a strong and impressive understanding of politics.

Her mom can pat herself on the back for that.

My daughter being only six knows of the president whom she loves very much. It's really her first view of a president but I do read to her all the books of all the United States presidents so she's very familiar.

She certainly is. Now, I'm not a fan of meme-ing little kids, but if you ask me, Amber's reaction would make a GREAT, relatable meme.

Check out the video above and grab a box of Kleenex before you do.