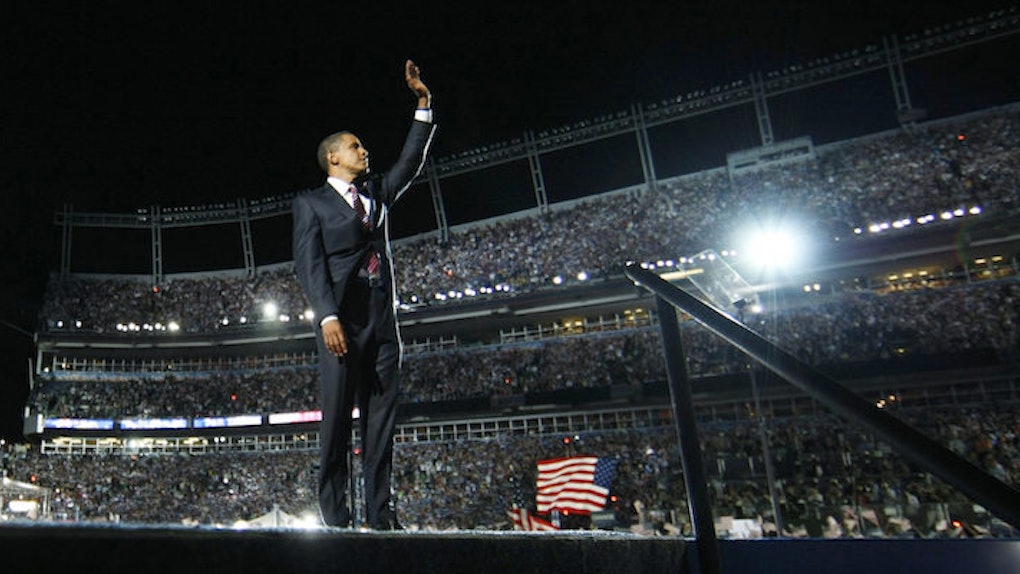 He's the child of a Kenyan man and a white woman from Kansas.

As a youngster, the president lived in Honolulu, Hawaii and Jakarta, Indonesia.

His parents divorced when he was very young, and he didn't have a relationship with his father as a kid.

Obama's mother was 18 when he was born, and the small age gap between them resulted in a special relationship.

Despite growing up without a father and spending time in different parts of the world, the love Obama felt from his mother always helped him feel grounded. It also had an immense influence on the person he ultimately grew up to be.

During a recent interview with his former chief strategist, David Axelrod, the president explained how his mother's love was a perpetual anchor during the "ups and downs" of his childhood,

For all the ups and downs of our lives, there was never a moment where I didn't feel as if I was special, that I was not just this spectacular gift to the world.

Touching on the small age gap he shared with his mother, Obama added,

In some ways, by the time I was 12, 13, she's interacting with me almost like a friend as well as a parent. I didn't always necessarily handle that well. It's not sort of a recipe for ideal parenting. But what I did learn was that unconditional love makes up for an awful lot, and I got that from her.

President Obama, who is a big fan of music and has a very eclectic taste, would probably agree with The Beatles: "All you need is love."

He's definitely not afraid of letting the world know how much he loves his own children.

The president's untraditional childhood is emblematic of two simple but profound facts.

One: There is perhaps nothing more powerful than the love a mother bears for her children.

Two: You can be from anywhere and everywhere and still be American.