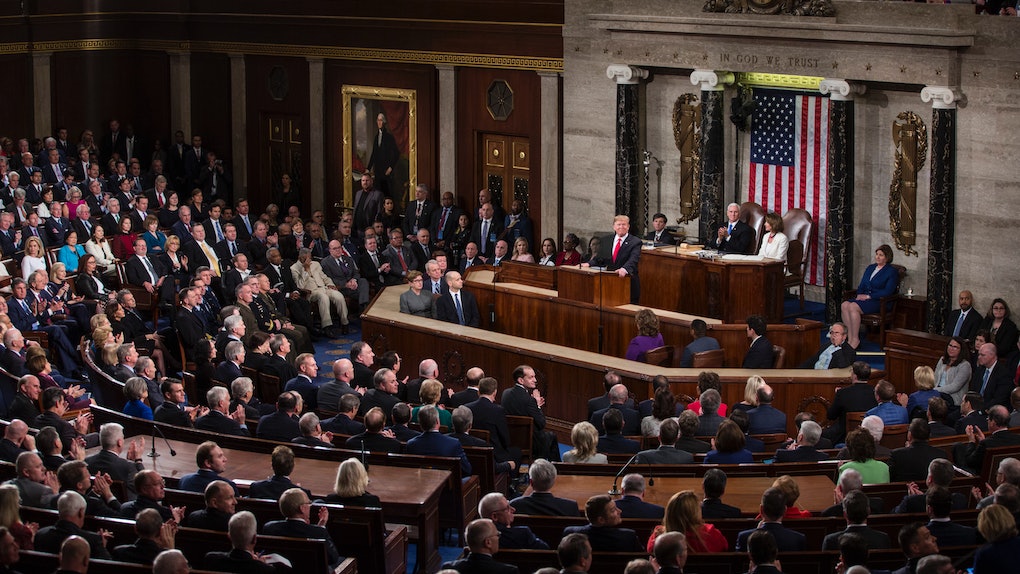 How Many Congresspeople It Takes To Impeach A President

Over the past couple of weeks, multiple congressmen in Washington D.C. have begun publicly raising the idea of impeaching Donald Trump.

On May 17, 2017, for example, Rep. Al Green of Texas, formally called for the impeachment of Trump before his colleagues on the floor of the House of Representatives. Following the 2018 midterm elections, Americans voted in a number of candidates who were all for impeaching. The push for impeachment has only grown in the months and years of Trump’s presidency. It begs the question, just how many members of Congress does it take to impeach a president? The answer to this question depends on which stage in the impeachment process we’re talking about. There are three key phases in this process, and here’s what you should know about them.

The Articles Of Impeachment: 21 Representatives

Once the articles of impeachment are drafted, the 40 members of the House Judiciary Committee would vote on whether or not bring them to the full House of Representatives.

Once the articles make it out of the Judiciary Committee, the 435 members of the House of Representatives can debate the merits of the articles of impeachment.

Just like in the Judiciary Committee, lawmakers need only achieve a simple majority in order to successfully impeach the president and move this whole thing to the Senate. If 218 representatives vote in favor of even one of the articles of impeachment, the president would be impeached. However, it’s worth noting that impeachment does not necessarily ensure the president’s removal from office.

For a president to be removed from office following impeachment, the Senate must organize an impeachment trial. That means that by the time the impeachment process brings the president before the Senate in order to defend himself, the "impeachment" portion of the proceedings is complete. In an impeachment trial, the Senate serves as the court, judge, and jury, while specially appointed members of the House — typically handpicked from the Judiciary Committee — serve as prosecutors against the president. The Chief Justice of the United States Supreme Court, currently John Roberts, presides over the trial.

Unlike in the House of Representatives, a Senate vote to remove the president from office requires more than a simple majority. Instead, two-thirds of the Senate’s 100 members — so at least 67 senators — must vote in favor of the president’s removal from office.

The most obvious complication in this game of numbers is party allegiances. After the 2018 midterm elections, the Democrats took back control of the House, which effectively gives them the simple majority they need. There are also 24 Democrats on the House Judiciary Committee, as opposed to 17 Republicans.

It is the Senate, however, where things get tricky. As of 2019, Republicans have control in the Senate with 53 seats, so while a simple majority vote would already have been difficult to achieve, it will be that much harder for Democrats to obtain the two-thirds vote they need to remove Trump from office.

Given the makeup of the House and the Senate, House Democrats stand a fairly good chance of impeaching the president, but removing Trump from office in the Senate will prove to be a trickier battleground. And, of course, this is all assuming that every Democrat would be in favor of impeachment in the first place. The way things stand now, such a scenario is highly unlikely, but don't be surprised if some Democrats dangle the carrot of impeachment in order to attract voters ahead of the 2020 presidential election.

This article was originally published on May 24, 2017