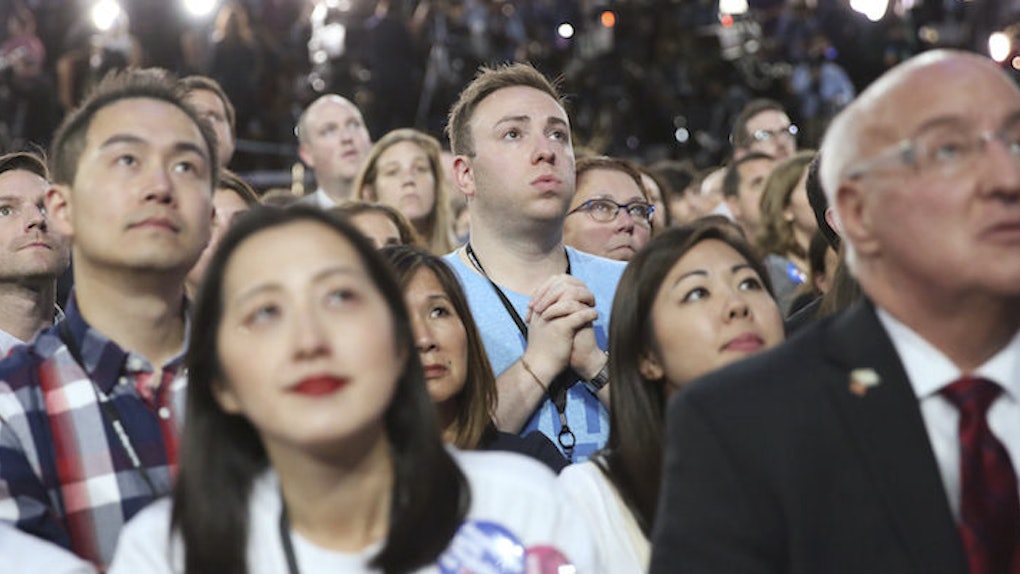 Last Tuesday, America elected a racist, xenophobic, misogynistic bigot who might lead the country into fascism. It's just too bad voters didn't think about those words before Tuesday.

The most-searched words on Merriam-Webster on Sunday included "fascism," "bigot," "xenophobe," "racism" and "misogyny,"  according to a tweet from the dictionary company.

For the record, fascism means "a way of organizing a society in which a government ruled by a dictator controls the lives of the people and in which people are not allowed to disagree with the government."

And a "bigot" is "a person who hates or refuses to accept the members of a particular group (such as a racial or religious group)."

"Xenophobia" is "fear or hatred of strangers or foreigners." "Misogyny" is "a hatred of women." And I really hope I don't have to define "racism" for you.

These are all words associated with Donald Trump, America's president-elect.

Merriam-Webster said it's likely those searches spiked because they were used so often in headlines and articles about Trump.

Of course, it would have been nice if America knew how Trump was defined before they voted him in.

These are generally things you'd think people would want to know before voting.

You can also see Americans start to frantically look up things about the man they'd just elected immediately after the results started coming in.

Google searches for "Trump policies" only started to go up on Election Day after 8 pm. They reached a peak at 3 am -- right about when it was clear Trump was going to win.

Similarly, Google searches for "Trump plan" didn't reach a peak over the last 30 days until Wednesday -- the day after America elected him.

That search also peaked at 3 am on Election Night.

For future reference, you should really search this stuff before you decide on who to vote for.

Way to be informed voters, America.