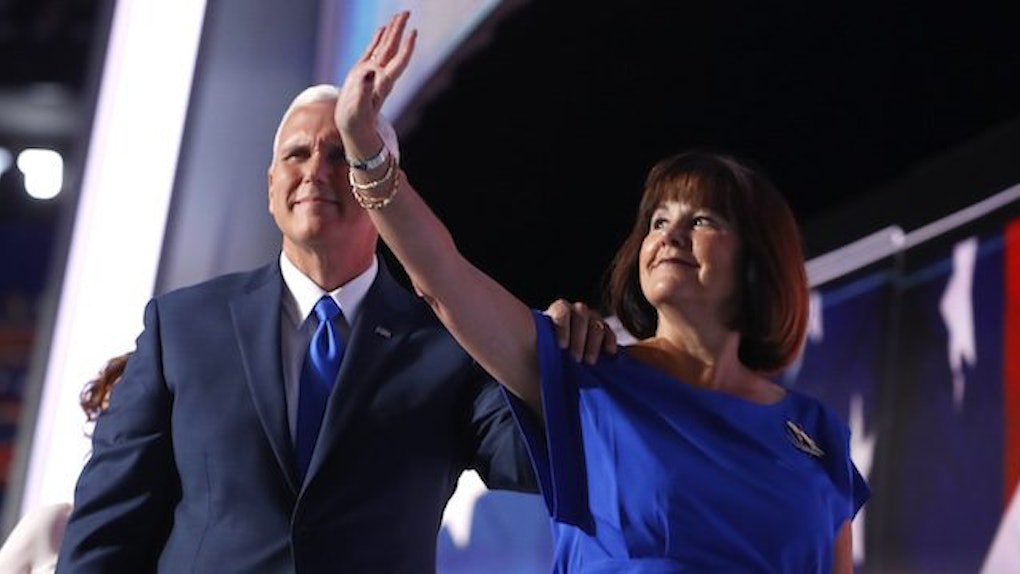 Vice President Mike Pence calls his wife "mother," according to a new story from Rolling Stone.

That's right — on top of consistently attacking the rights of LGBTQ+ people and women, being a climate change denier and generally not caring about marginalized groups whatsoever, Pence is also creepy AF.

While Mike Pence was governor, his relationship with the Democratic minority in the legislature was crap. Someone on his staff suggested having the Democratic leaders over to the governor's mansion for dinner. The table was set for 20, but there were only around seven in attendance. One unlucky legislator stuck next to Pence tried to make conversation, but found even at dinner she couldn't shift Pence off his talking points. Governor Pence shouted to his wife, Karen, his closest adviser, at the other end of the table. "Mother, Mother, who prepared our meal this evening?" The legislators looked at one another, speaking with their eyes: He just called his wife 'mother.' Maybe it was a joke, the legislator reasoned. But a few minutes later, Pence shouted again. "Mother, Mother, whose china are we eating on?" Mother Pence went on a long discourse about where the china was from. A little later, the legislators stumbled out, wondering what was weirder: Pence's inability to make conversation, or calling his wife "mother" in the second decade of the 21st century.

This might be a situation where you'd say, "Live and let live."

But Pence clearly doesn't prescribe to this philosophy, given he habitually embraces anti-LGBTQ+ and anti-abortion policies. So, it feels justifiable to comment on how strange it is that his nickname for his wife is "mother."

A number of people expressed their concern and confusion over this revelation about America's new vice president.

But some weren't surprised about this whatsoever.

This clearly isn't the worst thing about Vice President Mike Pence, or a real cause for concern, but it certainly doesn't help make him more likable.