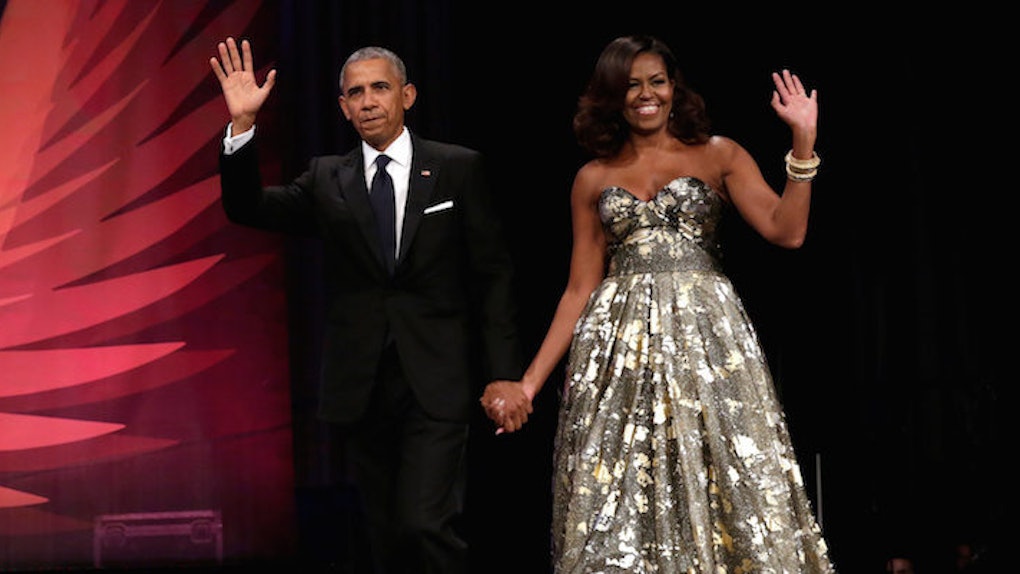 It's no big secret many of us don't want to see Michelle Obama leave the White House.

This feeling has only been exacerbated since Donald Trump won the election on Tuesday.

Michelle met with Melania Trump on Thursday, so it looks like this is all really happening, much as we don't want it to.

Obama has served as a model First Lady, exemplifying grace, optimism, intelligence and emotional power in her eight years in the White House.

But the Obamas' time in the White House is coming to a close. The inauguration is happening on January 20, 2017, and they will have to move out.

Michelle spoke about that move in a new profile in Vogue released on Friday.

The interviews were done before the results of the election came out -- and seen in that sense, it's a hard read at some points -- so it does not address a Trump presidency.

But Obama did talk about what her plans are for when she finishes her role as First Lady.

We've known for a while that Barack and Michelle will be staying in Washington, D.C. after Obama's presidency comes to an end.

That isn't for political reasons. They intend to stay so their youngest daughter Sasha, can finish high school without having to move and change schools.

For her part, Obama told Vogue she doesn't have anything specifically planned, apparently. She used the same line she used during the 2008 campaign when asked what kind of First Lady she would be:

I won't know until I'm there. I've never been the former First Lady of the United States of America before.

She does have some ideas about the sort of things she wants to be doing as a former First Lady of the United States of America. Obama said,

I will always be engaged in some way in public service and public life. The minute I left my corporate-law firm to work for the city, I never looked back. I've always felt very alive using my gifts and talents to help other people. I sleep better at night. I'm happier.

Obama went on to say she needs to figure out exactly how she'll be using her talents. She said,

We'll look at the issues that I've been working on. The question is: How do I engage in those issues from a new platform? I can't say right now, because we can't spend that much time really doing the hard work of vetting offers or ideas or options because we're still closing things out here.

So we don't know exactly what Obama will be doing once she leaves. But judging by her past, we know it'll be great.