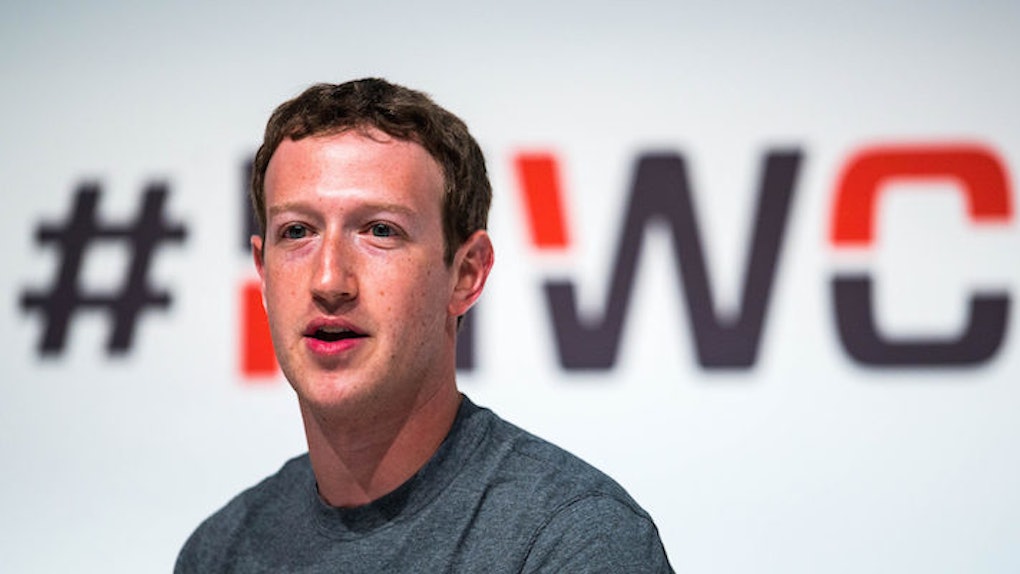 Mark Zuckerberg Just Made A Really Powerful Point About Racism

Black Lives Matter is arguably the most important and influential social movement of our era. It's helped inspire an ongoing nationwide conversation regarding race, police brutality and the deeply flawed nature of the US criminal justice system, among other issues.

But from its earliest days, many have tried to discredit the movement by responding to the mantra of "black lives matter" with "all lives matter."

Mark Zuckerberg, Facebook's CEO, is evidently completely fed up with this perspective.

There's a well-known signature wall employees and guests can sign at Facebook's headquarters, and some of the recent activity left Zuckerberg very perturbed. He noticed some employees scratched out where others had written "black lives matter" and wrote "all lives matter" instead.

The Facebook CEO responded to these developments in a strongly worded post on a private company Facebook page. In the post, which Gizmodo obtained a copy of, Zuckerberg made it clear he's a strong supporter of Black Lives Matter and explained why saying "all lives matter" is both problematic and offensive.

There are specific issues affecting the black community in the United States, coming from a history of oppression and racism. 'Black lives matter' doesn't mean other lives don't – it's simply asking that the black community also achieves the justice they deserve.

This is reminiscent of a very tweet Matt McGorry sent out a few months ago, which aptly explained why the people saying "all lives matter" just don't get it.

#BlackLivesMatter doesn't mean other lives don't. Like people who say "Save The Rainforests" aren't saying "Fuck All Other Types of Forests" — Matt McGorry (@MattMcGorry) July 18, 2015

Zuckerberg encouraged his employees "to educate themselves about what the Black Lives Matter movement is about."