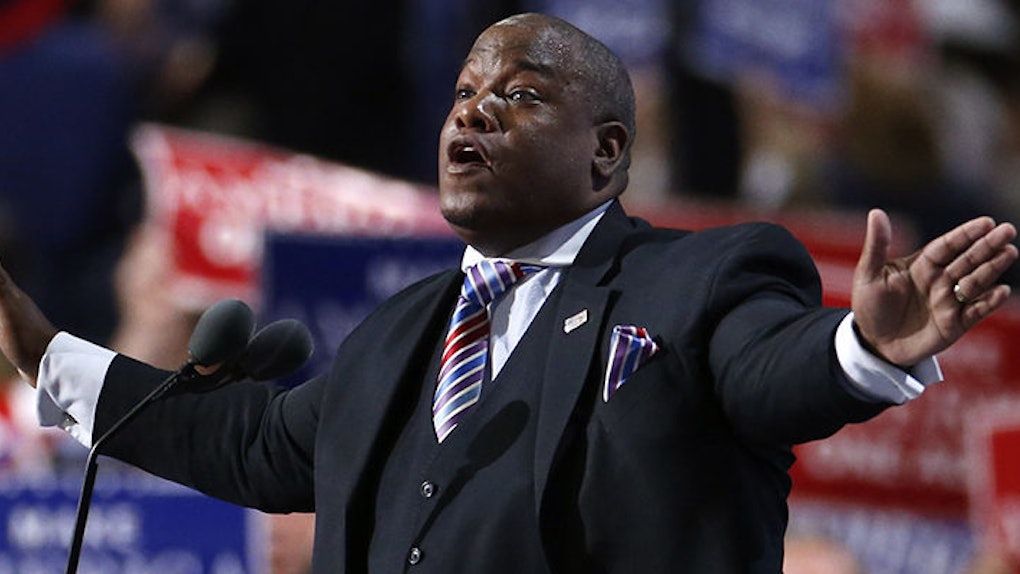 And then he deleted it.

As always with controversial images, though, Twitter users were more than happy to capture screenshots of the image he shared. One of those users was the Daily Beast's Goldie Taylor.

The use of blackface, widely seen as offensive, as well as statements that appear to stereotype African-American people were problematic enough for Burns that he ended up having to defend himself and the tweet on MSNBC.

In a fiery interview with the network, Burns, who spoke at the Republican National Convention and endorsed Donald Trump, explained why he posted the tweet.

I am speaking as a black man who lives in a society where we are at the bottom of the totem pole and yet we're still voting in mass for the same policies that are keeping us there.

Burns' comments during the interview with MSNBC fell in line with the Trump campaign's accusations that Clinton is only using African-Americans for votes.

Still, Burns ended up not only deleting the tweet, but he also posted an apology via periscope.

In the video, posted on Monday night, Burns said,

The last thing I want to do is to offend people. The tweet was not meant to anger or stir up the pot like it did.

The Trump campaign has not commented on the tweet.