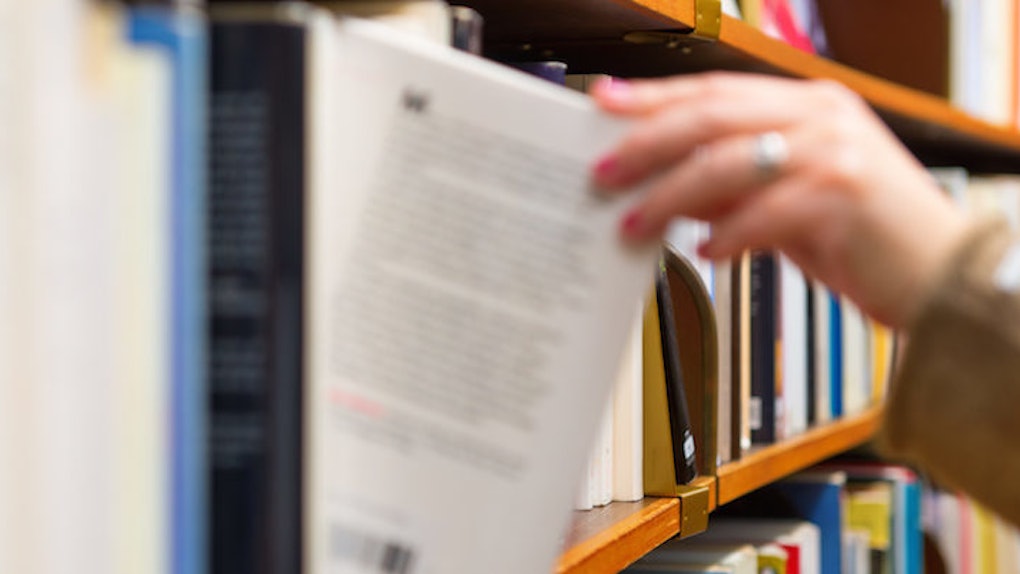 You are what you eat.

According to an official at Staffordshire University in the UK, you are also what you read.

In March, Mohammed Umar Farooq was reading a book on terrorism in the university library when he found himself being questioned about his beliefs surrounding the Islamic State, Al-Qaeda and homosexuality, The Guardian reports.

At the time, he was enrolled in the terrorism, crime and global security master's program.

Apparently, Farooq's answers raised suspicion, and he was subsequently reported to security. According to Farooq, he offered primarily academic replies to the questions but made it clear he opposes extremism.

At the time, he thought he was being questioned by another student, but it was actually the complaints officer. After the incident occurred, the university investigated Farooq for the following three months. Ultimately, investigators found nothing and apologized.

But Farooq is not satisfied and is taking action. He told The Guardian,

The implications if I did not challenge this could be serious for me. I could go on a police list, I could be investigated without my knowledge. This could happen to any young Muslim lad. I had to fight back.

As The Guardian notes, this all reflects poorly on the UK government's anti-radicalization strategy, Prevent, introduced as part of the country's overall efforts to stop people from becoming terrorists after 9/11.

Universities have been placed under mounting pressure to comply with this initiative.

Although the university reportedly claimed Farooq was not directly accused of being a terrorist, it definitely seems as though the ordeal was prompted by such fears.

The university allegedly said it was responding to a "very broad duty… to have due regard to the need to prevent people from being drawn into terrorism."

This incident feels quite familiar to what happened to a young man named Ahmed Mohamed, who was recently arrested for bringing a homemade clock to his high school in Texas.

There's a profound distinction between an academic interest in a subject like terrorism and being a terrorist. We need to encourage people to study these subjects in order to prevent the type of radicalization Farooq was seemingly accused of.

Citations: Student accused of being a terrorist for reading book on terrorism (The Guardian)