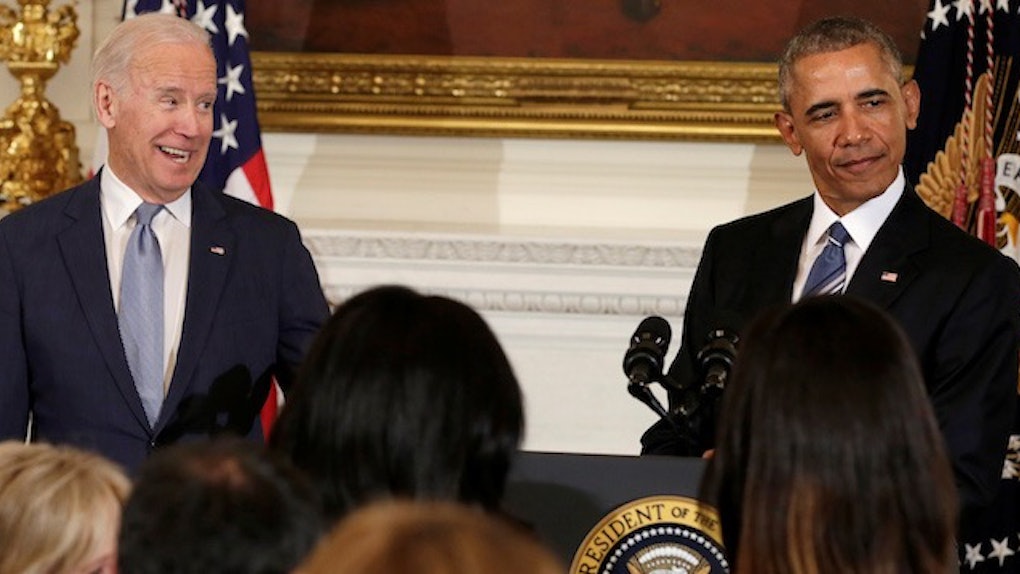 The Obama-Biden memes that came out around the US presidential campaign not only offered the country comic relief during a stressful period, but they also captured how very real the bromance was between the former president and vice president.

These dudes really love each other, and it's a beautiful thing.

There are a plethora of these epic memes to enjoy, but the vice president actually has a favorite, according to Ashley Biden.

Here's Biden's fave, which might give you all of the feels.

According to Ashley, her father "sat there for an hour and laughed," when he first saw the memes, which are a hilarious testament to the two terms Obama and Biden shared together.

Obama and Biden had a bromance for the ages.

They may not be running the country anymore, but we'll always have these memes.

During times of trouble, we can turn to these memes for comfort and wisdom (OK, maybe not wisdom, but definitely laughter).

Totally understandable why he felt this way.

Can they just come back, please?

This one is too real.

It's strangely comforting to know Joe Biden found these memes so hilarious.

Perhaps there was more truth to them than we know?

When Obama gave Biden the Presidential Medal of Freedom, in what was the most BFF move of all time (but also very well-deserved), he said,

As I have already delivered my farewell address, I will try to be relatively brief. But, I just wanted to get some folks together to pay tribute to somebody who's not only been by my side for the duration of this amazing journey, but somebody who's devoted his entire professional life to service to this country. The best vice president America has ever had: Mr. Joe Biden... This also gives the internet one last chance to talk about our bromance.

Sorry, Obama, but with all due respect, we will NEVER stop talking about your bromance with Biden, bro.

The memes will keep on coming. Can't stop, won't stop.