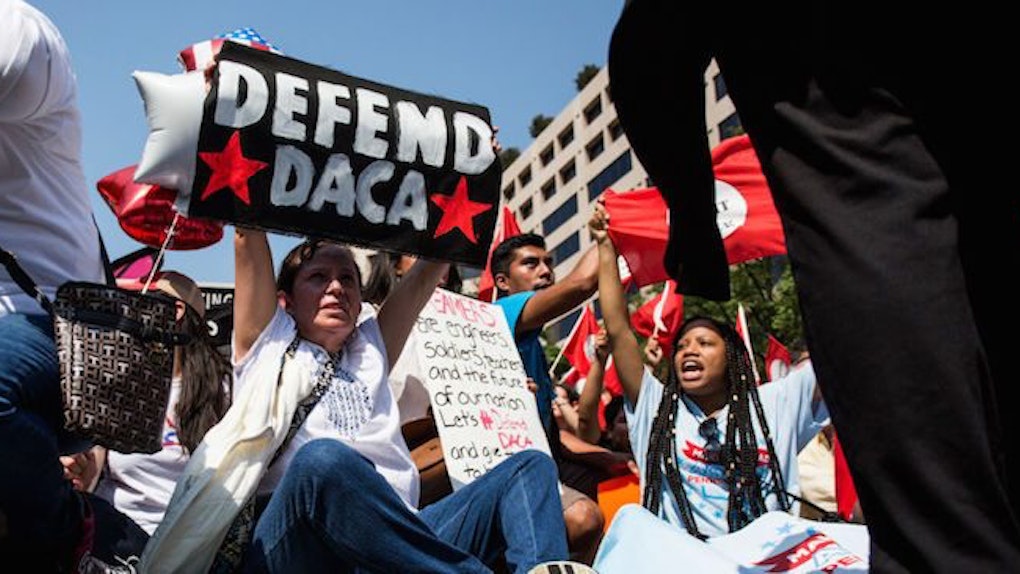 How Many Dreamers Are There? Hundreds Of Thousands Would Be Affected By Trump's DACA Move

On Tuesday, Sept. 5, President Donald Trump ordered Deferred Action for Childhood Arrivals (DACA) to be ended. DACA was put in place by former President Barack Obama and protects young people who came to America as undocumented immigrants from being deported. Those people are known as "Dreamers," and there are many Dreamers in the United States who will be affected by this move.

Dreamers are people who came to the United States as children. Under DACA, they could apply for protection. To meet the requirements for protection, they had to have gotten to the U.S. before they were 16 years old and lived in the country since June 2007, according to The Guardian. They also could not have been older than 30 when the policy was put into action in 2012, according to CNN. At this point, most Dreamers are 15 to 36 years old and most are from Mexico, El Salvador, Guatemala, and Honduras. The states with the most Dreamers are California, Texas, Florida, and New York.

DACA allowed these young people to freely go to college, get jobs, and live with limited fear of having their lives completely uprooted one day as they're deported to a country they may not have ever lived in.

Attorney General Jeff Sessions announced on the morning of Tuesday, Sept. 5, that the Trump administration is doing away with DACA. The administration isn't undoing it immediately, but delaying the end for six months. So Dreamers would be seriously affected starting March 5, 2018. If DACA recipients have legal status permits that expire before then, they can apply for a two-year extension until Oct. 5.

The Trump administration turned over the more complicated work to Congress, which is where we'll see just how much Dreamers will be affected. Trump asked Congress to come up with some laws to replace DACA, so it's all up to them to determine the fates of these nearly 800,000 individuals.