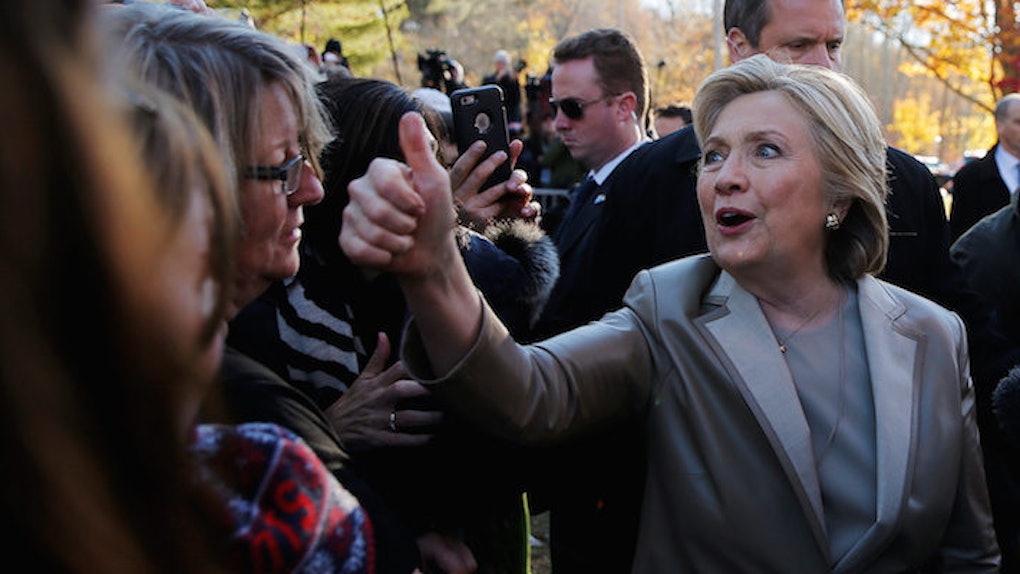 Hillary Clinton Voted For Herself For President This Morning

Voting for yourself for president has to be pretty surreal, and also just generally awesome.

Obviously, most people won't ever get such an opportunity.

But when you're the first female candidate for president for a major political party in the US, it has to be particularly special.

Less than 100 years after women gained the right to vote, Hillary Clinton became the first woman in the history of our country to vote for herself for president on November 8.

Regardless of how you feel about Clinton, this is a major milestone for the United States.

She reportedly shook hands, hugged supporters and, of course, posed for a few selfies along the way.

Clinton didn't arrive in New York until around 3 am this morning, after a very long day of campaigning, Daily Mail reports. But it's clear this didn't put a damper on the occasion.

It is the most humbling feeling ... Because I know how much responsibility goes with this and so many people are counting on the outcome of this election, what it means for our country and I will do the very best I can if I'm fortunate enough to win today.

Yeah, she pretty much had the best morning ever, telling supporters outside,

If Clinton wins, it will be a very historic moment for the United States, as she'll be the first woman president in this country's history.

Other than President Barack Obama, every single one of America's presidents was a white male.

Today, that could change.

No time like the present — Samy Nemir Olivares (@Samynemir) November 8, 2016

Regardless of the ultimate outcome of this election, we've clearly come a long way as a country.

History was made today, no matter what happens.