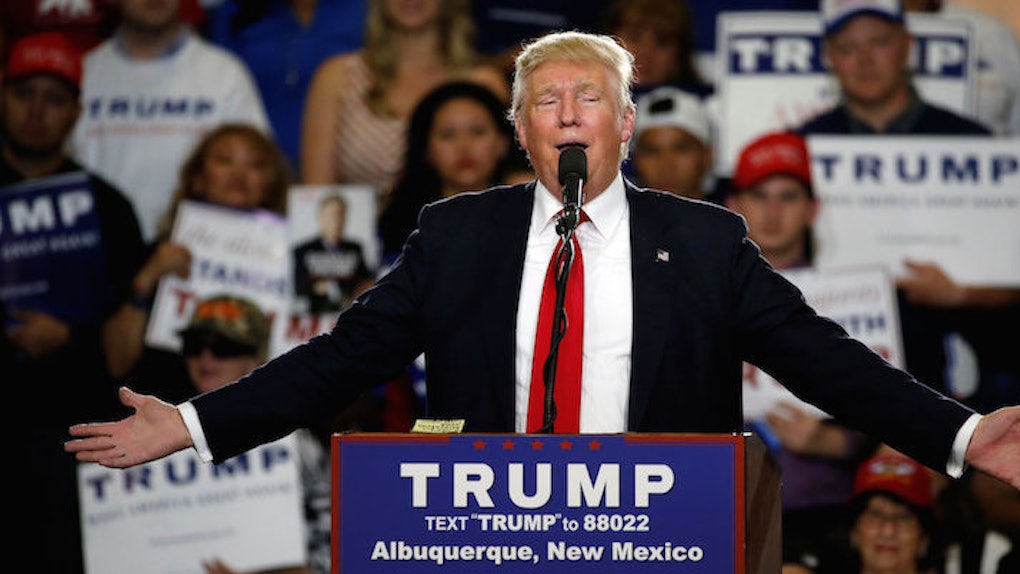 Donald Trump is visiting Mexico on Wednesday, just hours before he's set to deliver a speech on his immigration plan.

Many in Mexico are apparently very unhappy about this, which isn't that surprising when you consider Trump spent a large portion of this election cycle stigmatizing Mexican immigrants and Mexico in general.

But just in case you forgot about all this, Hillary Clinton decided to gather every tweet Trump sent about Mexico over the past two years.

This really gives you a full picture of how his feelings on Mexico have really never changed. He's always found different ways to vilify Mexico and its people.

These aren't all the tweets he's sent in the past two years, but here are some of the highlights based on the full list Clinton compiled.

Here's what Trump tweeted about his big, beautiful wall.

And here's what Trump tweeted about Mexican immigrants. He often mentions he "loves" the Mexican people right before suggesting America needs to protect itself from them.

Trump has a lot of thoughts on Mexico's government, and none of them are very positive.

Trump also repeatedly claimed Mexico was having a terrible impact on the US economy.

These might be the only two relatively positive tweets Trump sent about Mexico in the past two years, and in one, he's cheering on the US to beat Mexico in a soccer game.

Long story short, when it comes to Mexico, Trump typically only offers insults and negativity.