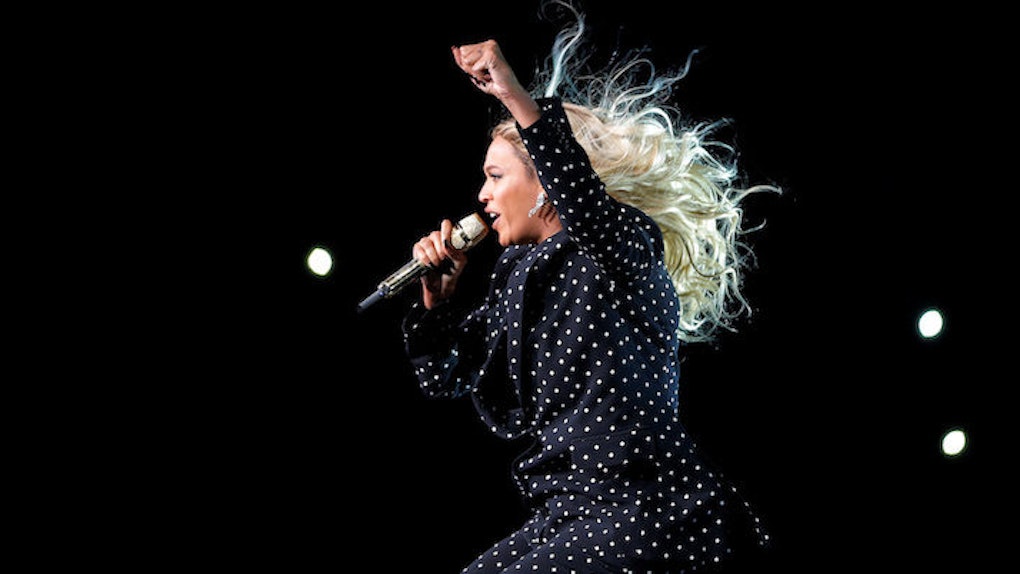 In an effort to sway Millennials and African-American voters, it has been confirmed that Beyoncé will be campaigning for Hillary Clinton in Ohio tonight.

That's right, Queen Bey will show her immense support for Hillary in the final days leading up to the election. In case you haven't noticed, Election Day is right around the corner, and HRC has saved the best for last.

I mean, who else out there serves as a better secret weapon for Hillary's campaign?! Will Ferrell already did his part by starring in an epic advertisement spot urging millennials to vote for Hillary while saying words like "bae" and "fleek" over and over again.

This means there's only one woman out there who can put her oh-so influential stamp of approval on Clinton's campaign: BEYONCÉ.

It's safe to say Hillary's pulling out all the stops for this one!

The 35-year-old singer will join Jay Z in the battleground region of Cuyahoga County, Ohio at the free get-out-the-vote concert, which will take place at Cleveland State University on November 4.

According to CBS, Jay Z's appearance at the event had already been confirmed, but Beyonce's? This is a surprise for everyone!

Beyoncé and Jay Z aren't the only superstar acts campaigning to help Hillary Clinton's cause. Other celebrities include Katy Perry, John Legend, Pharrell and Jennifer Lopez.

This isn't the first time Beyoncé's voiced her support for the Democratic presidential nominee.

Last month, Beyoncé took the stage at a TIDAL concert to talk about the importance of voting and the impact it has on the state of our country.

It may look like things are bad, but if you think they can't get worse... just ask your grandparents.

She has a point! Check out the video below.

I just got the chills.

Ohioans, prepare to be inspired!

Citations: Beyoncé Is Going To Campaign For Hillary Clinton In Final Days Of Election (Paper Mag)