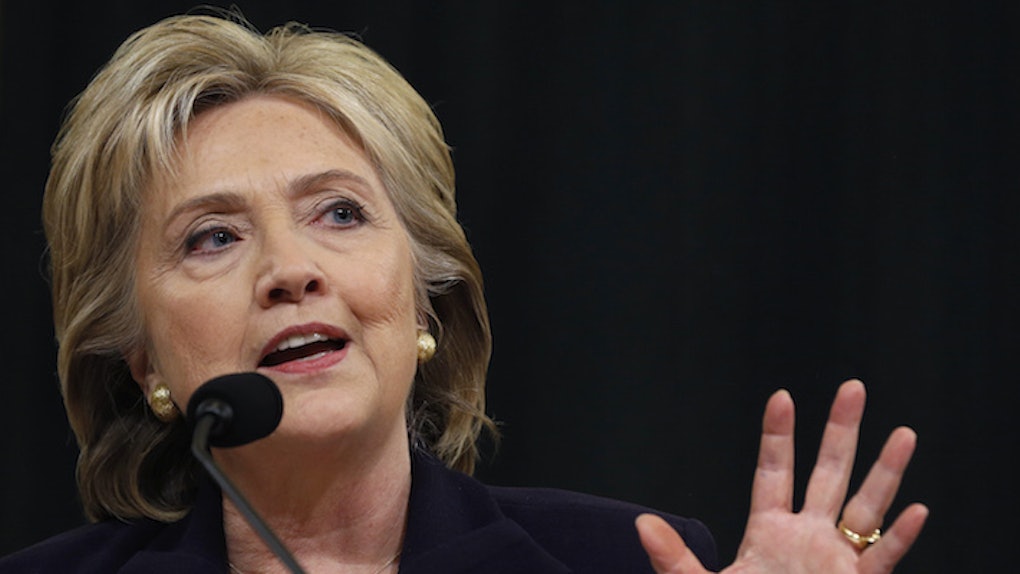 Hillary Clinton is tied to a few "scandal" buzzwords that opponents can use against her.

Some of these scandals are legitimate concerns, others are mean conspiracy theories and most fall in between the spectrum.

Elite Daily is explaining them to you as quickly as possible, along with some analysis on how much you should care about each one.

On September 11, 2012, a US diplomatic outpost was attacked by Islamist militia members in Benghazi, Libya.

Four Americans were killed and over 30 more were evacuated.

Among those killed was the US Ambassador to Libya, Christopher Stevens, who was visiting from Tripoli that week.

Stevens was the first American ambassador killed in the line of duty since 1979.

While there was no intelligence an attack in the area was imminent, it was a very dangerous location and lacked adequate security.

What's more, Stevens had requested more security, but never got it.

What people say about it:

The tragic incident evolved into a controversy when Republicans accused the Obama administration of withholding military support that could've prevented Americans from being killed.

Clinton was secretary of state when the attack occurred, so much of the blame was directed at her.

Republicans essentially accused Clinton and the Obama administration of attempting to paint the attack as spontaneous when it was, in fact, a planned terrorist attack.

This narrative was fueled by the fact Susan Rice, then the US ambassador to the UN, argued an anti-Islam movie inspired a mob to attack the US diplomatic compound.

Rice was reiterating CIA intelligence that ended up being false. This was not a random mob, but a planned terrorist attack.

Republicans essentially accused the Obama administration of either playing down what happened or covering up the facts in an attempt to help itself ahead of the 2012 election.

Should it matter in this election?

Americans were killed in a terror attack at a US diplomatic outpost while Clinton was secretary of state. This matters for a number of reasons, but especially when it comes to foreign policy.

With that said, Clinton personally took responsibility for what occurred, and after an investigation that lasted over two years and cost roughly $7 million, House Republicans released a report in June that cleared Clinton of any wrongdoing or culpability over Benghazi.

It's fair to argue the US diplomatic outpost in Benghazi did not have the proper security, but it's also true that it's very difficult to plan for terrorist attacks.

Long story short, while we shouldn't completely forget about this tragedy, no one wanted it to happen and there wasn't a cover-up.

The other reason this continues to be relevant is due to the fact the investigation surrounding Benghazi is what also led to the scandal surrounding Clinton's use of private email, which raises questions about transparency and reliability.