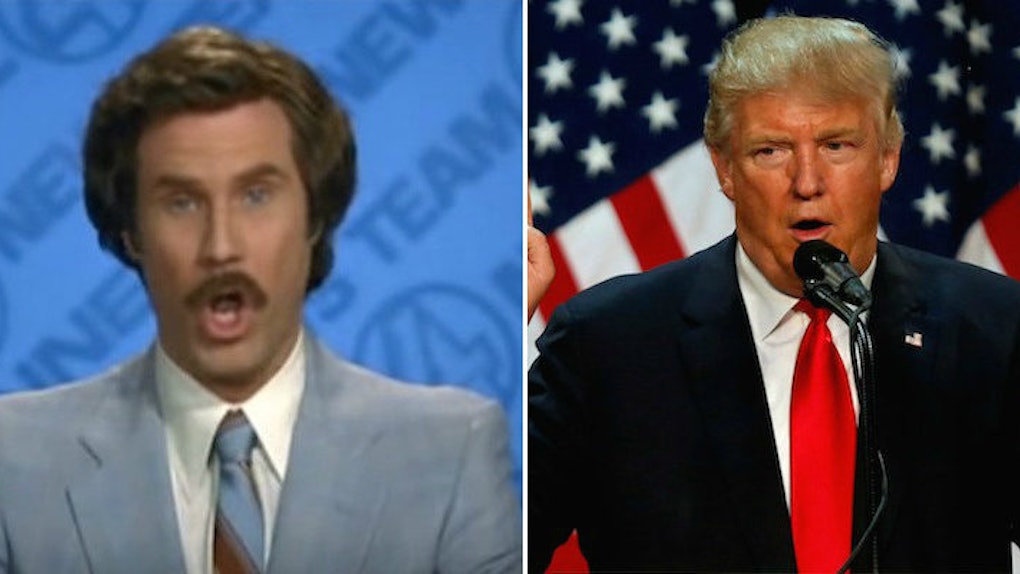 Here's Why Donald Trump's SCOTUS List Reminds Us Of 'Anchorman'

Every single person Trump would potentially nominate for the Supreme Court is white.

Perhaps Donald Trump is as confused about the concept of diversity as Ron Burgundy in "Anchorman."

The US Supreme Court, like every other government institution in America, has historically been populated by white judges (particularly white males).

In a country like America, which has a history of discrimination and an increasingly diverse population, it's important to work toward more representative government. But it appears Mr. Trump doesn't agree, at least not when it comes to the Supreme Court.

Many feel Trump released this list at the opportune time, in the sense it could help diminish concerns from certain segments of Republicans regarding his ability to nominate a true conservative.

Meanwhile, others have been quick to highlight the fact one of the individuals on Trump's SCOTUS list, Don Willet, has been mocking him on Twitter for months.

Given Trump's oversensitive disposition and reputation for responding to insults with furor (and Twitter rants), this is somewhat surprising.

Here are some of the Trump-mocking tweets from Texas judge Don Willet (they're pretty hilarious).

Maybe this is an attempt by Trump to work with one of his critics? Stranger things have happened, especially during this election.