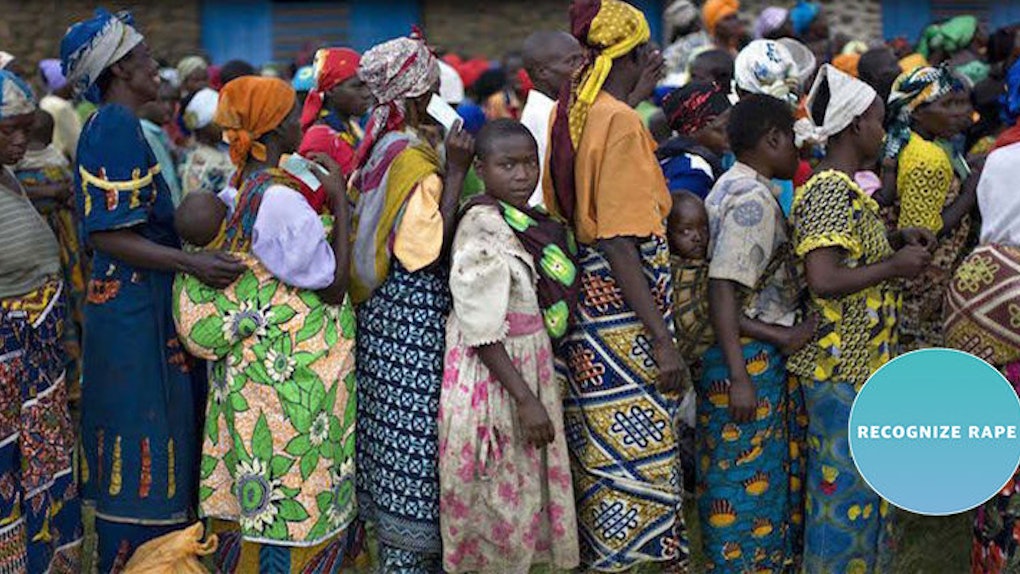 Immediately after the Supreme Court legalized abortion with the landmark case Roe v. Wade in 1973, pro-life legislators started fighting back.

One of the ways they fought back was with the Hyde Amendment.

The Hyde Amendment has been passed in Congress every year since 1976. It says that public funding through Medicaid cannot be used to pay for abortions, except in the cases of rape, incest or medical danger to the mother's health.

But there's another, stricter version of the Hyde Amendment that's hurting survivors of sexual violence abroad.

The Helms Amendment was another pro-life law that was added in the aftermath of Roe v. Wade in 1973. It says,

No foreign assistance funds may be used to pay for the performance of abortion as a method of family planning or to motivate or coerce any person to practice abortions.

What this means in practice is when the United States is providing aid to people in other countries, they cannot provide abortions or funding for safe abortions, even in countries where abortion is legal.

There is no exception for cases of danger to the mother's life, incest or rape.

Rape is used as a weapon of war against tens of thousands of women every year. This happens in places where America would provide other types of aid.

For instance, the UN estimates that 200,000 women and children were raped in the Congo over the course of a long conflict. Boko Haram, the militant group, has been using rape as a method to control people.

But while America can provide other medical care for women who were raped, they cannot provide safe abortions.

The U.S.'s Helms Amendment, enacted in 1973, prevents American assistance funds from going to programs that also provide abortions. Since most international humanitarian medical organizations rely in some part on U.S. funding, they are reluctant to take the risk, even if they believe there is a need.

When it is legal, abortion is a very safe procedure. But when it is not legal and accessible, women will go to drastic measures to get rid of an unwanted pregnancy.

According to a 2009 report, 68,000 women die annually around the world from unsafe abortions.

U.S. foreign policy should not — and need not — deny survivors of sexual assault the option of safe abortion care at global health clinics.

President Barack Obama has been repeatedly asked to repeal the Helms Amendment — and repeatedly criticized for failing to take action on it.

Along with the Hyde Amendment, the Democrats added repealing the Helms Amendment to their platform this year.

But Donald Trump, president-elect, has made it clear he would not support pro-choice policies and would in fact try and further limit access to abortion.