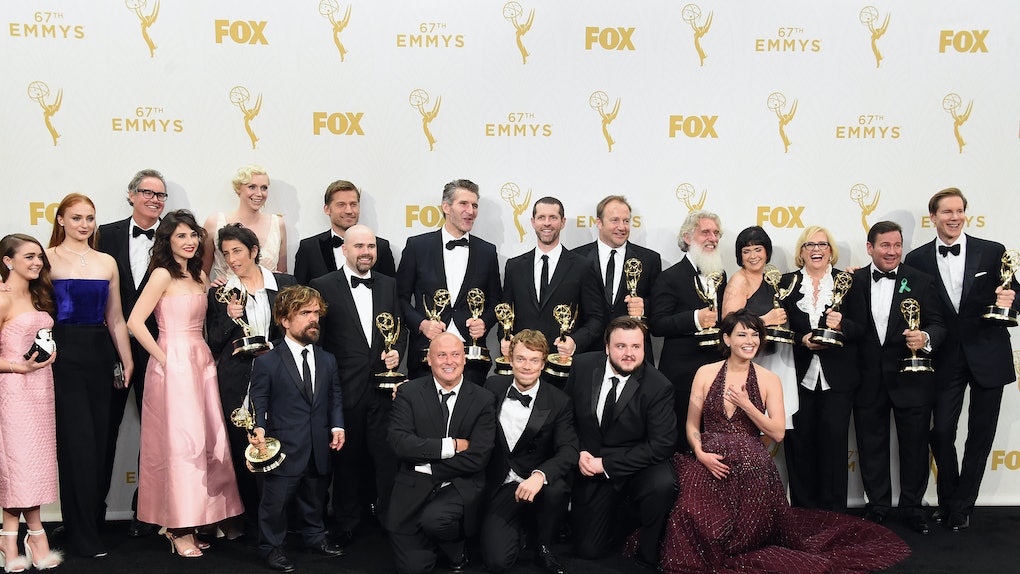 "Game of Thrones" has finally returned, just in time for the 2016 presidential race.

On Sunday, the same day as the season five premiere, Hillary Clinton announced she'll be running for president. She's not the first individual to officially announce a candidacy, but she is the first woman and the first Democrat.

The race is definitely beginning to pick up steam, and we can expect more people to announce in the coming days and weeks. Concurrently, we can expect things to get more intense on "Game of Thrones" as winter draws closer and closer.

Winter is coming. Who will sit on the Iron Throne?

Power is the central theme on "Game of Thrones," which is an inherently political show. And there are some common traits shared among many of the main characters and those who are both definitely and probably running for president in 2016.

Here's what your favorite "Game of Thrones" character says about how you'll vote in 2016.

DISCLAIMER: Depending on how far you are in the show, there may be some spoilers ahead.

Your candidate is a strong leader who believes gender roles are pointless and outdated. She cares a great deal about social justice and has a soft spot for the weakest members of society.

She's a real champion of the people. At the same time, she's not afraid to go to war, and anyone who crosses her will deeply regret it.

Your candidate had a regal upbringing and was groomed for leadership but has a chip on his shoulder about his name.

Indeed, his name is his downfall, and it may prevent him from ever rising to a position of prominence. But he's still respected, and you like him for who he is, not for where he came from.

Your candidate is reluctant to be in a position of leadership and often refuses the opportunity, which is a large part of the reason you respect him/her and want him/her at the top. He/she isn't afraid to be blunt and always puts people in their place.

His/her best qualities, however, are also what get him/her into trouble. When you expose corruption and ignorance among those in power, it can have consequences.

Your candidate has many agreeable qualities and has won some admirable victories in the past. Yet he's also rough around the edges and has a tendency to speak and act before he thinks.

His general outlook can be somewhat narrow, but it's evident he genuinely cares about the world. In the end, however, his impetuousness will be his demise.

Your candidate is gruff, unfriendly, conservative and deeply religious. But he's confident and still well-respected among certain circles.

Fire (climate change) plagues him, however, and he could get burned if he doesn't open his eyes to the issue.

It's difficult to trust your candidate; he's conniving and elusive. He constantly switches alliances, flip-flopping on issues based on what's fashionable.

You never really know where he stands, but you're attracted to him because he's politically savvy and audacious.

Your candidate is too idealistic, moral and honorable to make it in a ruthless and violent world. His distinct principles make him attractive to you and certain parts of the country, but he's too radical for many people across the nation.

He may be likable, but he's not electable.

Your candidate is lost in the woods, desperately searching for a way back to the top. She/he comes from a wealthy background and has strong ideals.

She/he won't be directly involved in this presidential race but will be active on the sidelines. She/he will be working tirelessly to bring down those who betrayed her/him down in the past.

Your candidate has popular stances on many important issues but isn't necessarily as well-known as other contenders. At the same time, he might serve to draw support away from other people with rightful claims to power.

Ultimately, however, he may not be tough enough to make it in a dog-eat-dog world.

Your candidate is a war hero and an individual who commands respect. He's used to being in positions of leadership and is well known in the capital. But his lack of widespread popularity and somewhat outdated views arguably make him unsuited for leading the country.

In the end, more powerful dynasties will push him aside.

Your candidate is really handsome (just look at that smile) and bold. He's a great man to have at your side and is extremely loyal... but he'll never be king.