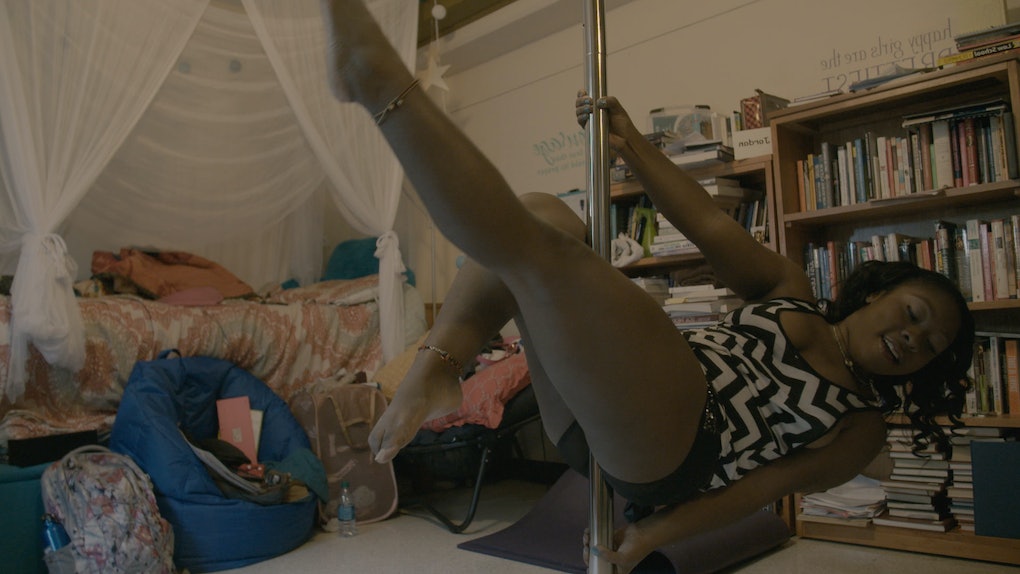 Former Stripper Is Running For US Congress

If you examine recent US political history, you might find some candidates running for offices (both big and small) are... less than traditional.

We've had both a former WWE wrestler and "The Terminator" run and win the right to call themselves governors.

And now we have a reality TV star who's a viable contender to become the President of the United States... so why would it be that taboo for a former stripper to run for Congress?

Jordan Taylor is a highly-educated woman who graduated with a degree in government from Dartmouth College and is currently studying women, gender and sexuality studies at Yale Divinity School.

Dayyyum, girl. That's not one, but two Ivy League schools!

She's a sugar baby, pole-dancing instructor and former stripper. Despite the less-than-traditional state of the current political system, Jordan continues to receive pushback on her former profession.

Potential voters seem concerned with how they can explain away Jordan's past to their children.

She wants voters to know, however, her narrative isn't a sad one. Jordan became a stripper so she could embrace her sexuality and discover more about men, sex, love and power. And learn she did -- and not just from dancing.

Jordan is no stranger to politics.

She was inspired to run for Congress after she interned for the majority whip on Capitol Hill and at the White House under Barack Obama's administration.

After witnessing how things operated firsthand, she knew she needed to step in and make a difference.

It's also in her blood. Her father was the first black state-wide elected official in South Carolina.

When it comes to her own platform, Jordan's number one focus is climate change.

She feels this a major issue Congress is neglecting. And given that the average age of members of the House is 57 years old, it would appear climate change and the Earth's future isn't exactly a priority.

Equal representation in Congress is another issue. Out of 435 representatives, there are only 88 women and just 45 African Americans.

[We need] more women, more young people and more people of color in the highest level of government.

Income inequality and the gender pay gap are other issues Jordan feels very strongly about.

In just about every industry in America, women make less than their male counterparts. Jordan feels the best way to make an impact across all of these industries is to do so at the legislative level.

She also has a traumatic history of sexual assault and is a strong advocate for sexual assault survivors' rights. Jordan is outspoken about these sensitive topics on her Facebook Live vlog “Legally Black.”

Being a good girl, being a good Christian girl was getting me treated like a doormat.

I personally admire Jordan's courage to step up and run for office.

Unfortunately, she's not listed on the ballot (You can write her in!), but her endeavor is (and should be) an inspiration to others.

Most of us have the audacity to complain about our government's policies, but no ambition to take action. That's not Jordan.

She's made it clear this is only the beginning of her political efforts.

Jordan plans to take all of her life experiences -- stripping, being a sugar baby and running for US Congress -- and write a memoir called "Poison Ivy."

To find out more about Jordan's platform and advocacy work, visit her website.