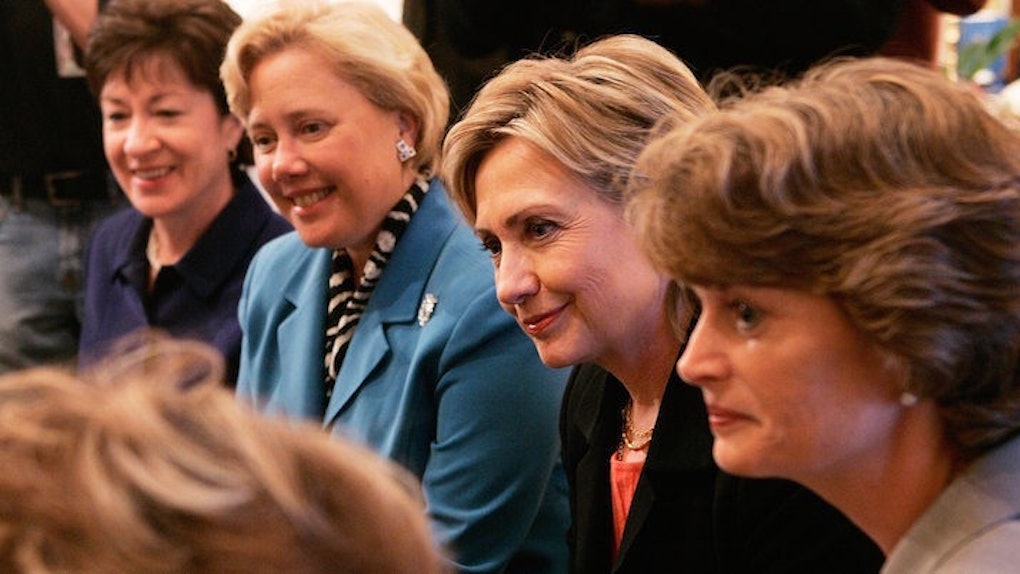 This Is How Few Women Are Actually Representing Our Country

Senator Lisa Murkowski of Alaska looked around the Senate floor on January 26 and was pleasantly surprised. She said,

Something is genuinely different, and I think it's genuinely fabulous.

A snowstorm had struck DC, and Murkowski noticed only women showed up for work on Capitol Hill through the harsh weather.

This was markedly different from every other day of the year when the women of Congress are overwhelmingly outnumbered by their male counterparts.

It's generally acknowledged America is represented by a bunch of dudes in the Senate, House of Representatives and state governors -- and lest we forget, we still haven't had a female president.

We looked into the numbers to see just how few women are representing the nation.

In total, women make up 50.4 percent of the population.

The latest numbers from the World Bank say women make up 50.4 percent of the total US population.

Out of 50 governors, six are women.

On the state level, there are currently just six women serving as governors out of the 50 states. This means women make up 12 percent of governors while men make up 88 percent.

Out of 435 representatives in the House, 87 are women.

This number includes the female representatives from American Samoa, Guam, the US Virgin Islands and DC. Women make up 20 percent of the House of Representatives.

Just like in the House of Representatives, women make up 20 percent of the Senate.

Out of 43 people who have served as the US president...

...none have been women.

They are elected to fight for issues voters care about and to represent our needs. But more often than not, especially when you look historically, politicians are older white men.

This is how we end up with Congress arguing to defund women's healthcare because they have no idea what happens at a gynecologist appointment.