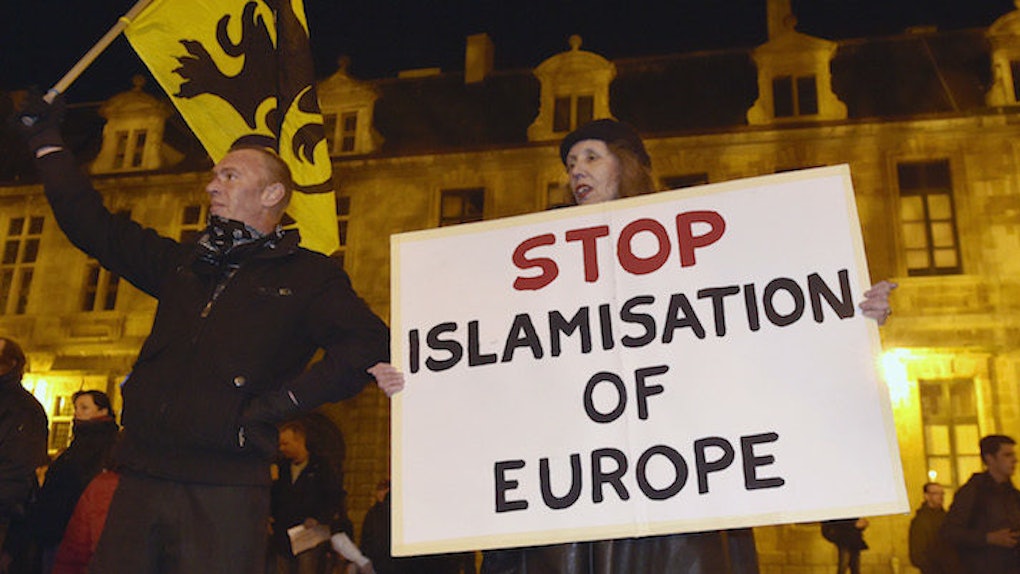 The third annual Muslim Expo was held in Antwerp, Belgium, this past weekend, and it drew some unfortunate characters.

It's a sad fact Islamophobia is running rampant in many parts of the Western world right now, and this peaceful event, which was held to celebrate Muslim culture, was subjected to this abhorrent trend.

According to Vox, around 40 members of Vlaams Belang, a far-right Belgian political party, turned up to protest the event. These individuals held anti-Islam signs that reportedly said things such as "no headscarves," "no mosques" and "Stop Islam."

But, a brave young Muslim woman named Zakia Belkhiri decided she wasn't going to let these hateful and misguided individuals ruin her day. She responded to discrimination in the best possible way: with peace and positivity.

Belkhiri fearlessly went up to the protestors and began to take selfies.

It was the most Millennial way to respond to discrimination ever, and it revealed how truly ridiculous and unfounded Islamophobia is.

Sometimes, selfies aren't such a waste of time after all.

Fortunately for all of us, photographer Jurgen Augusteyns captured a few shots of Belkhiri taking her defiant selfies for Vice.

In the wake of terror attacks in Paris, San Bernardino and Brussels, among other places, Islamophobia has been on open display in far too many Western societies.

The fact of the matter is the actions of a few extremists do not represent the 1.6 billion Muslims across the world. Moreover, Muslims are the primary victims of jihadism, and hate terrorism just as much as the rest of the world, if not more so.

Terrorism, in any form, should certainly be condemned. But, the worst way to respond to acts of terror is with fear and hate, because this is precisely what the perpetrators want.