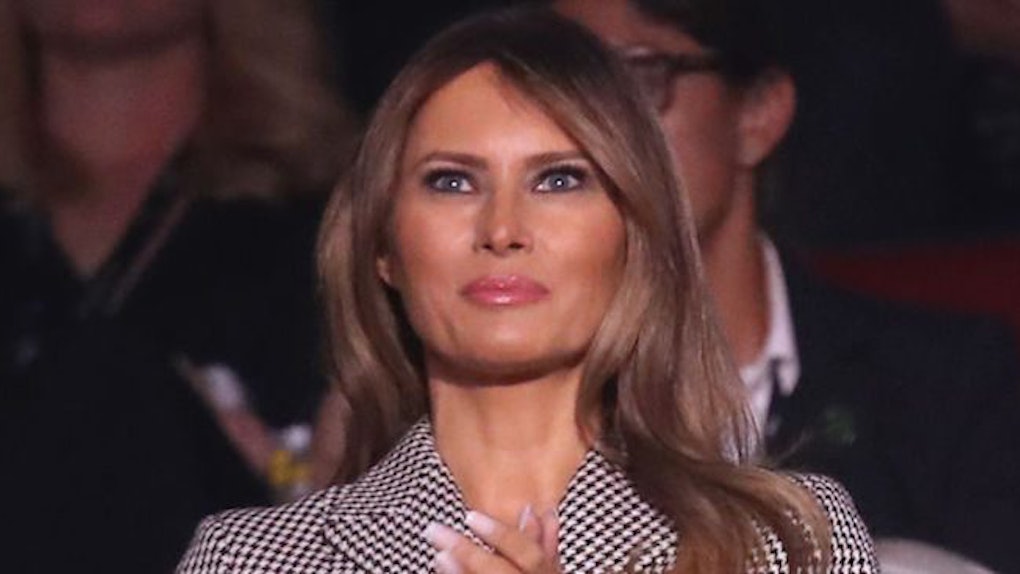 At Cambridge Elementary School in Massachusetts, a librarian rejected first lady Melania Trump's book donation to the school as a way to commemorate National Read a Book Day on Sept. 6. The lengthy letter from the librarian, Liz Phipps Soerio, titled "Dear Mrs. Trump," was posted to the Horn Book's Family Reading Blog and explains why she challenges the first lady's choice of schools to send books to.

The donation idea originated from the White House, who selected one school from each state to receive 10 Dr. Seuss books as part of the national holiday. The Department of Education helped select the 10 schools by "identifying schools with programs that have achieved high standards of excellence, recognized by State and National awards and Blue Ribbon Awards." In a letter to the children who received the books, Trump said, "Getting an education is perhaps the most important and wondrous opportunity of your young lives."

In her letter back to the first lady, Phipps Soerio challenged the selection of schools by saying, "My school and my library are indeed award-winning. I work in a district that has plenty of resources, which contributes directly to 'excellence'" She went to critique Cambridge by saying, "Even so, we still struggle to close the achievement gap, retain teachers of color, and dismantle the systemic white supremacy in our institution."

Phipps Soerio essentially posed the question, Why pick our school when we don't need it? And furthermore, why not select a school that does? Phipps Soerio went on say,

Cities like Philadelphia, Chicago, and Detroit are suffering through expansion, privatization, and school “choice” with no interest in outcomes of children, their families, their teachers, and their schools. Are those kids any less deserving of books simply because of circumstances beyond their control? Why not go out of your way to gift books to underfunded and underprivileged communities that continue to be marginalized and maligned by policies put in place by Secretary of Education Betsy DeVos?

Attacking the school selection was just her first point in the letter. She then moved onto the book selection themselves, calling Dr. Seuss books a "cliche, tired, and worn ambassador for children's literature." Phipps Soerio also suggested that if Trump had gone "down the street" to the Library of Congress, Dr. Carla Hayden, the Librarian of Congress would have given her "stellar recommendations."

She doesn't stop there. Phipps Soerio continues to describe Dr. Seuss' illustrations and books as being, "steeped in racist propaganda, caricatures, and harmful stereotypes." She even recommends a few studies on the history of racist children's books such as, scholar Philip Nel's new book, Was the Cat in the Hat Black? The Hidden Racism of Children's Literature, and the Need for Diverse Books. She argues that if Trump were to open up one of Dr. Seuss' books, she would find "racist mockery in his art."

While she quite frankly and eloquently laid out a strong argument for her rejection, Phipps Soerio ended the letter with warm regards and thanks, saying

I am honored that you recognized my students and our school. I can think of no better gift for children than books; it was a wonderful gesture, if one that could have been better thought out.

The sharp librarian could not have left it with just that, however. She concluded by attaching a suggested list of 10 books that she hopes would offer Trump a "window into the lives of the many children affected by the policies of your husband's administration."

Although we don't know how the other nine schools responded to the book donation, it is respectable that Liz Phipps Soerio, despite her love and dedication to books, rejected the donation for noble reasons that could hopefully change the conversation for the type of schools that get attention for such donations -- and the ones that are neglected.