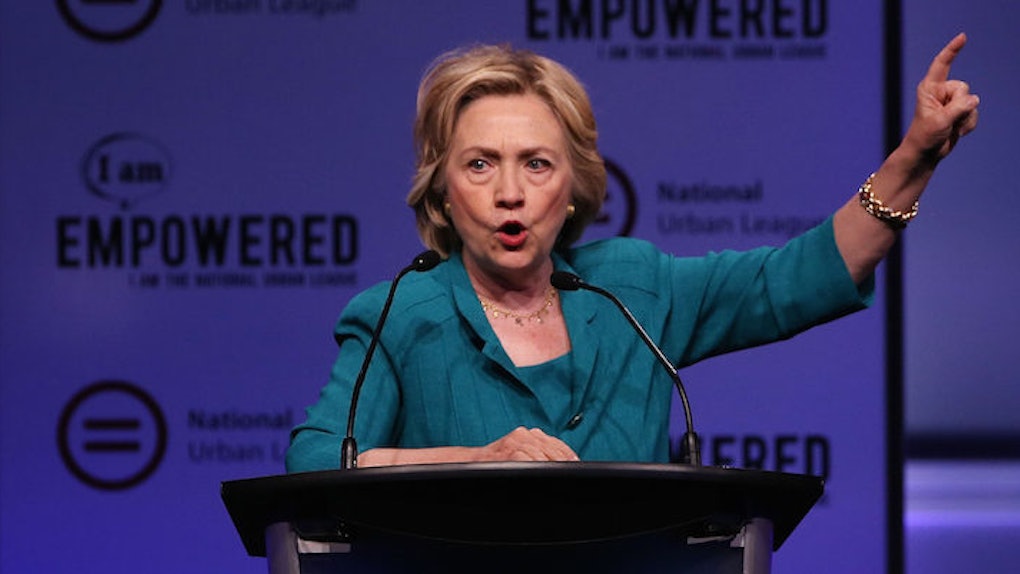 What To Drink At The Democratic Debate By Candidate

Although the Republican race for a presidential nominee has totally dominated the news cycle over the past few months, thanks mostly to Donald Trump, the Democratic presidential candidates are front and center tonight in their first debate.

After the first two Republican debates, I think we’re all on the same page: It’s quite difficult to get through watching a debate without drinking.

Before you set up the rules for your watch-party drinking game, though, you’ll need to decide on your cocktails for the evening.

We’re here to help make that decision for you.

Hillary Clinton, Bernie Sanders, Martin O’Malley, Jim Webb and Lincoln Chafee will be onstage tonight. This is what you should drink based on who you’re rooting for:

If you’re rooting for Hillary, drink an Americano.

The drink rose to prominence during Prohibition, when Americans went to Europe to drink, found this one and embraced it. Basically, Americans adopted the drink when there weren’t many other options available.

That’s not to diminish it -- it’s really delicious. But it’s underrated by our generation as we either don’t truly know what it is or view the ingredients as something we may not readily have, but our parents or grandparents probably do.

The ingredients seem bougie, but at the end of the day it’s still down to party.

If you’re rooting for Bernie, drink a Snakebite.

By now we all know Bernie’s in with the Millennial crowd and not backed by huge amounts of established wealth.

That’s what makes the Snakebite Bernie’s perfect drink. The ingredients are simple and generally cheap and preparation doesn’t require any special equipment or methods.

Sanders is pretty weed-friendly, so any drink for him needs to have something green and natural. We’re counting hard cider as “natural” because that’s about as close as we get to camping.

Sanders is also viewed as the candidate who snuck up on Clinton’s seemingly sure-thing campaign. Back in 2001, Bill Clinton ordered a Snakebite at a pub in the UK but was denied it, as the drink is kind of illegal over there. Fitting, innit?

If you’re rooting for Martin O’Malley, drink a Dark & Stormy.

Since you probably haven't even heard of O’Malley, this debate is a make or break for him. It’ll be tense and fraught... or, some might say, dark and stormy (I’m so sorry for the bad joke; it had to be done).

In his attempts to garner attention, O’Malley has been going off on Clinton and Sanders, and he's definitely packing a punch -- just like the ginger beer adds a little kick to this drink.

Because we’re sure at this point in the campaign, you need it.

These are the guys who are there, but nobody really knows what positions make up their campaigns... and we keep forgetting them. Just like your best friend's 21st birthday!

If you’re undecided, drink a Cosmopolitan.

When you don’t know what else to order, a cosmo is always a solid -- yet basic -- bet.

Maybe you’re someone who’s following the crowd a la “Sex and the City” or maybe you just want something smooth and inoffensive while you make your decision. Either way, go for a Cosmo.

If you’re a Republican, drink a Mint Julep.

Statistically, there’s a high chance you’re from the south, and you’re gonna need that ice to stress-chew on.