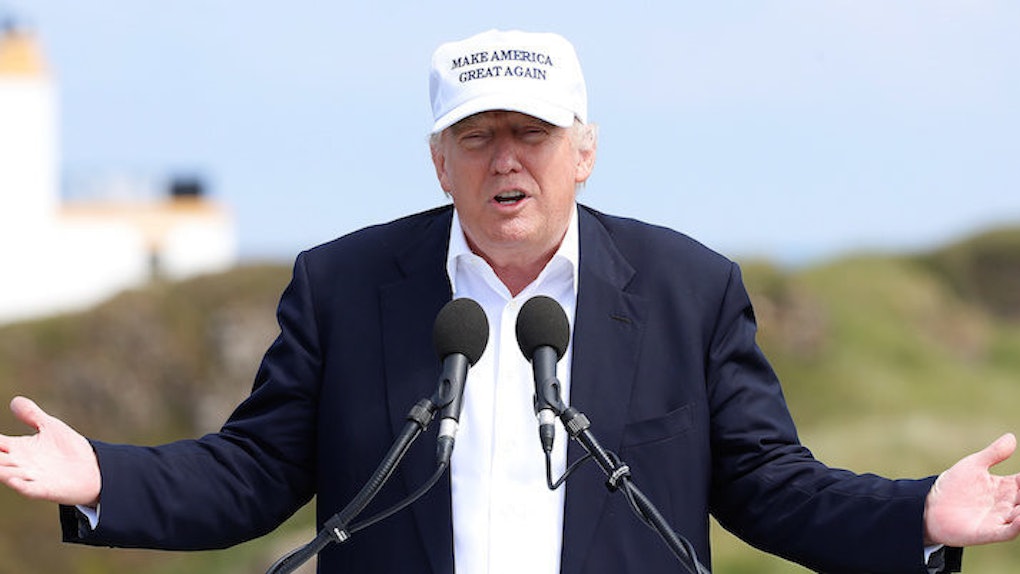 This Is How Much Money Trump's Donated To Charity, Despite Promising Millions

One of those things is charity. He says over and over again that he is very charitable, and donates a lot to a variety of good causes.

David Fahrenthold at the Washington Post contacted 167 charities related to Trump to ask if he had personally donated to them since 2008. Just one group said they had received a donation from Trump: between $5,000 and $9,999 to the Police Athletic League of New York City.

Much of the charitable giving that Trump "does" is through the Donald J. Trump Foundation. Although the foundation holds his name, it does not necessarily hold his money. The last time he personally gave money to the foundation was in 2008, as the Post found.

Since then, the foundation has gotten money from other sources. And Trump has foregone some profits for the foundation. In 2011, for instance, Comedy Central gave $400,000 to the foundation for Trump's appearance at a roast.

The foundation has given away money since 2008. It has given $2.8 million in that time period. This sounds alright until you hear that Trump himself pledged to give away around $8.5 million.

Trump said that he gave to charity from the money he made off renting space out to Libyan dictator, Muammar Gaddafi, in 2009 ($150,000), proceeds from Trump Super Premium Vodka, profits from Trump University ($5 million), profits from his book, "The Apprentice," and so on.

But Fahrenthold's findings did not reveal that.

Trump's old claims about charity also do not hold up well to fact-checking. The Post reported he gave more money to his son Eric's private school than to the homeless, AIDS research and multiple sclerosis research combined.

This presidential election has been a crazy time, and often quite scary for immigrants, Muslims and Mexicans in this country. But one thing it's been great for is fact-checkers, who have been endlessly busy trying to keep up with Trump's often baseless claims.