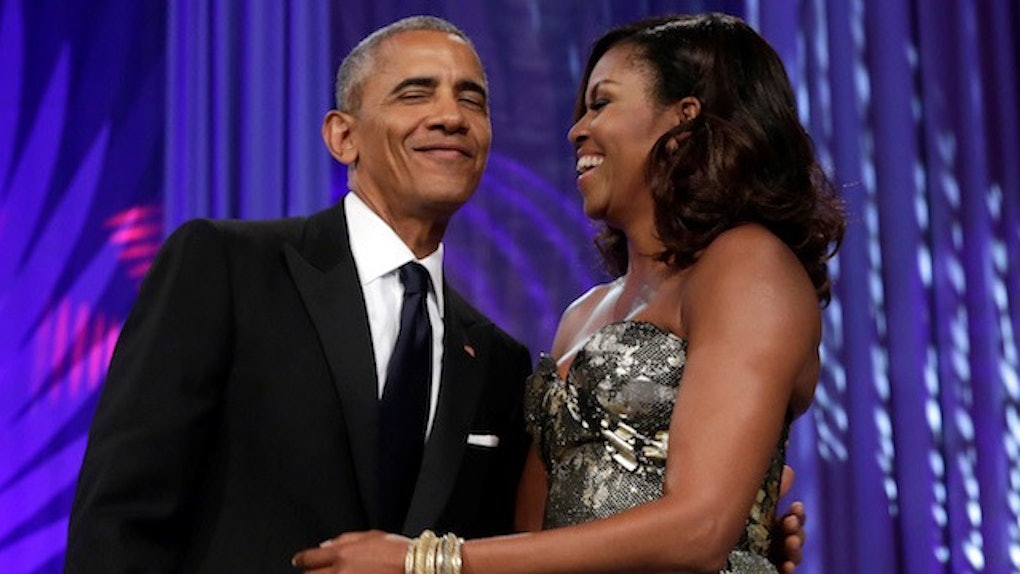 Barack Obama has been the target of serious accusations by his successor as POTUS that would damage his legacy if they are proved true.

But you wouldn't know it from looking at these new pictures of the ex-president and Michelle, who looked totally chill while out on a date in Washington DC.

There's a huge amount of drama involving Obama and Donald Trump at the moment, but the pressure appears to not be affecting the former president.

Crowds reportedly cheered as the former first couple was spotted leaving the National Gallery of Art on Sunday.

And as usual, Obama seemed to relish the attention — he was pictured flashing his trademark smile and waving to supporters.

Seriously, his presidency may be over, but they are still the cutest couple in DC.

The Obamas' seemingly relaxed mood was in stark contrast to President Donald Trump's tirade of furious tweets over the weekend.

Trump has accused Obama of tapping his phones at Trump Tower in a bid to derail his controversial election campaign.

That's despite there being no evidence whatsoever behind his claims, which have been torn apart by the FBI and Obama's intelligence chief, The New York Times reported.

Still, it didn't stop Trump from taking to Twitter to launch the shock attack on Obama, in which he described his predecessor as a “bad (or sick) guy.”

Trump wrote on Twitter he “just found out” about the accusations, without elaborating on how he was informed of them.

However, they appear to resemble remarks made by conservative radio host Mark Levin.