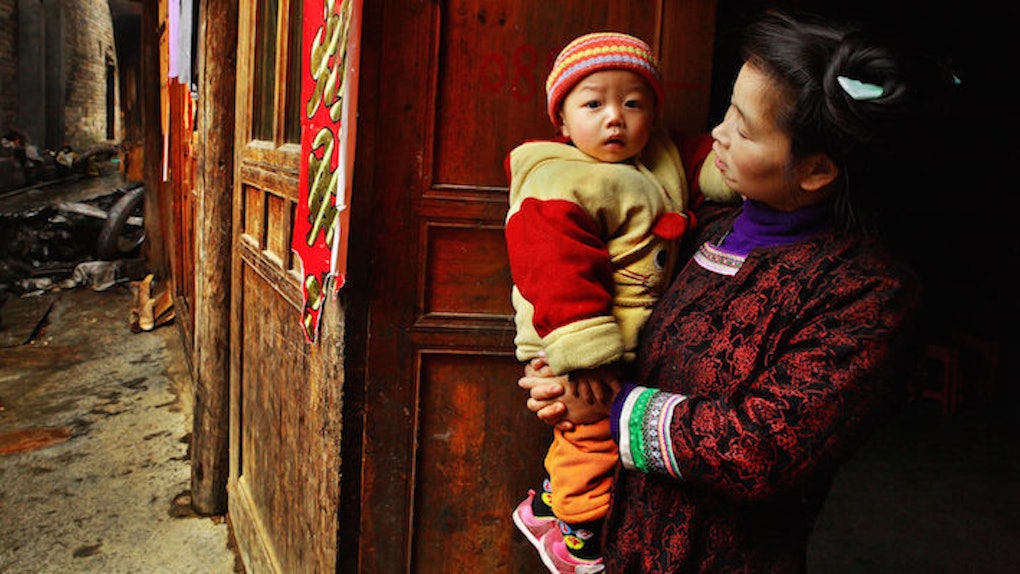 In 1980, amid growing concerns about overpopulation, the Chinese government instituted the controversial one-child policy, which banned families from having more than one kid.

But on Thursday, the state-run Xinhua News Agency announced the policy is coming to an end, and families will now be allowed to have two children.

This is a direct response to China's rapidly aging population and concerns about sustaining the labor force in the coming years, The Washington Post reports.

The one-child policy may have prevented around 400 million births and helped China raise its living standards and grow its economy, but it was also heavily criticized from the start due to the human rights abuses it led to.

In an effort to enforce the policy, the government reportedly forced women to have abortions or be sterilized.

Simultaneously, a preference for male offspring led to high rates of female infanticide. Consequently, the male-to-female ratio in China is astronomical.

China's fertility rate is now around 1.4 children per woman, which is drastically lower than other developed nations, The Washington Post notes.

This is precisely why China is ending the one-child policy; it wants to balance out the population.

The United Nations estimates China will lose around 67 million workers between 2010 and 2030 due to its rapidly aging populace, The Wall Street Journal reports.

It's also estimated China's elderly population will make up 25 percent of China's total population (currently the world's largest total at 1.3 billion) by 2050.

Some experts say the move to repeal the one-child policy is positive, but also too little too late, and contend a labor crisis is inevitable.

So while the one-child policy succeeded in helping China slow population growth and reduce poverty in the past several decades, it's also taken a huge toll on Chinese society and possibly drastically jeopardized long-term economic growth.

When you mess with the natural order of the world, it can have immense consequences.