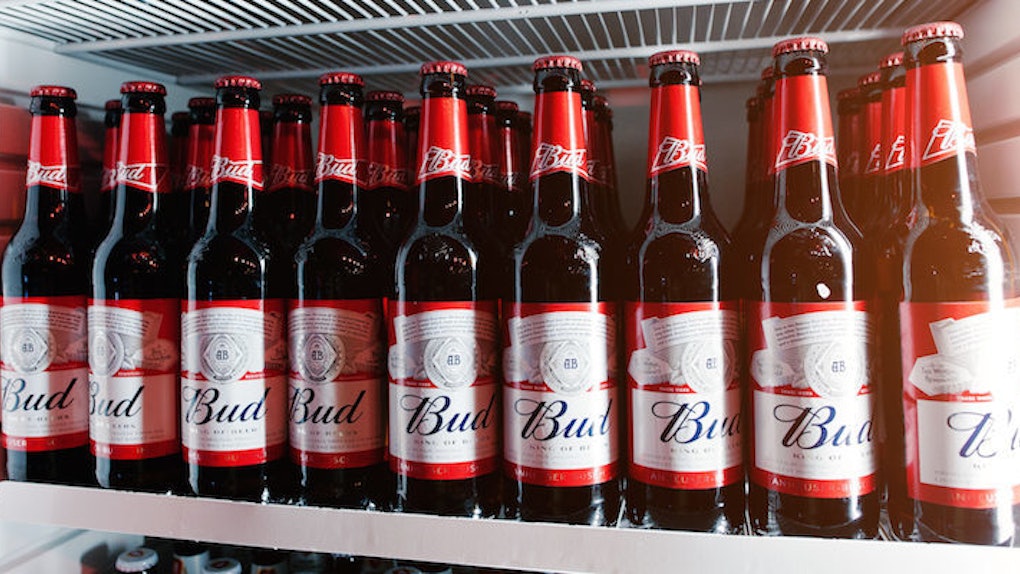 Budweiser announced it's renaming its iconic beer until the November presidential election.

The entirely original and non-ironic name the brand chose? America.

That's right, America. The brand revealed its can redesign on Twitter.

I'm sure there are a bunch of dudes in bro tanks who will completely agree. Although I regret Budweiser didn't just go ahead and give the cans the name "'Murica" or, better yet, "America, f*ck yeah," this is kind of a genius marketing idea.

Just think about everything that's going to go down in the next six months.

First, we've all got Memorial Day weekend followed by the Fourth of July. Then in late July, we've got two political conventions to decide who'll be the next president of the United States.

In August, there are the Olympics. September is, of course, Labor Day. And then, we've got a handful of presidential debates that are sure to require alcohol as we all finally get to the actual general election in November.

Now, imagine every time you're picking up a 30-rack for these parties, you have the option of getting cans that literally say "America" on them. I'd suggest you start thinking up patriotic Instagram captions now because you're going to have to get creative to stay original.

As long as you forget Budweiser is, well, owned by a multi-national company, AB InBev, the rooftop parties are gonna be lit.

Get that American flag emoji ready. You're going to need it this summer, maybe more than ever.