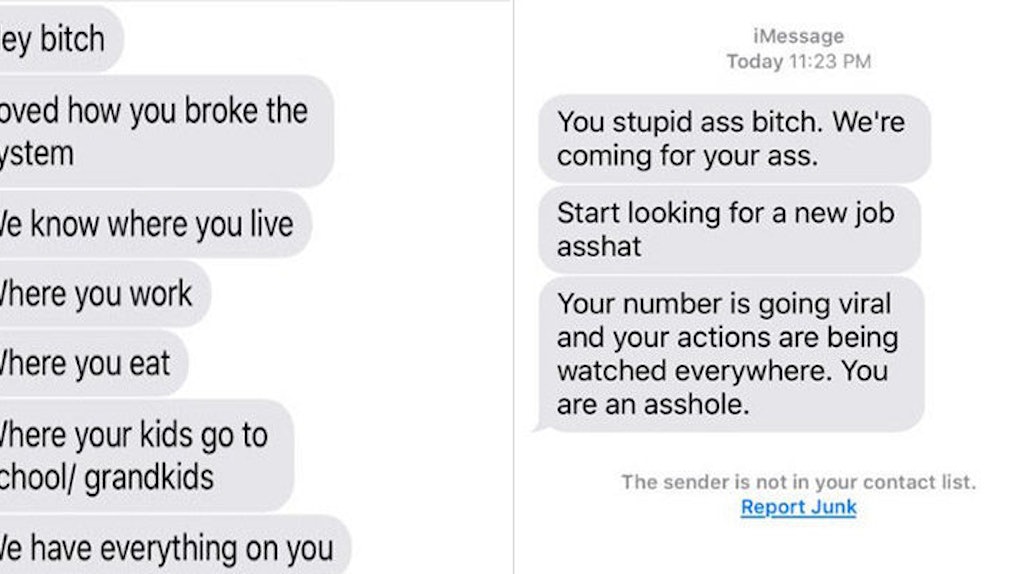 Bernie Sanders supporters are in an uproar in Nevada.

Hillary Clinton won the Nevada caucus vote back in February, but Sanders has been trying to win delegates in the state. Nevada's state rules for voting are complicated -- showing how ridiculously confusing America's voting system is.

Essentially what happened was there was a Nevada Democratic convention on Saturday night, led by the state party chairwoman, Roberta Lange.

Sanders supporters wanted to change some rules that would put them more in favor, getting Sanders more delegate votes. At the convention, Lange led a vote that rejected rule changes.

Then, nearly 60 delegates who would have voted for Bernie were disqualified, apparently because they hadn't registered as Democrats before a May 1 deadline.

Sanders supporters shouted in protest, and apparently chairs were thrown. Security ordered the convention to be shut down and kicked everyone out of the room, citing safety concerns.

Lange's cell phone number got leaked onto the Internet and was shared on social media.

Then, Lange began getting threats on her phone. She started getting texts saying she "broke the system" and should "prepare for hell," according to The New York Times.

Lange received texts threatening her and her family. They allegedly called her a "stupid ass bitch," "assh*le" and "CUNT."

Sanders supporters left her voicemails as well. One said,

You deserve to be in prison, not the chairman for the Democratic party. Rot in hell.

Lange told the Times she received over 1,000 calls since Saturday night and was getting three texts every minute.

Michael Briggs, spokesman for Sanders, said the campaign does not condone violence but will continue figuring out what happened in the Nevada votes to see how many delegates Sanders gets.

Regardless of what ends up happening in Nevada specifically, it'll be interesting to see if this feistiness continues at the Democratic National Convention in Philadelphia in July.

Although Clinton is leading, and math shows it would be a difficult path for Sanders to get the Democratic nomination, it's clear Sanders fans are not going to go down without a fight.