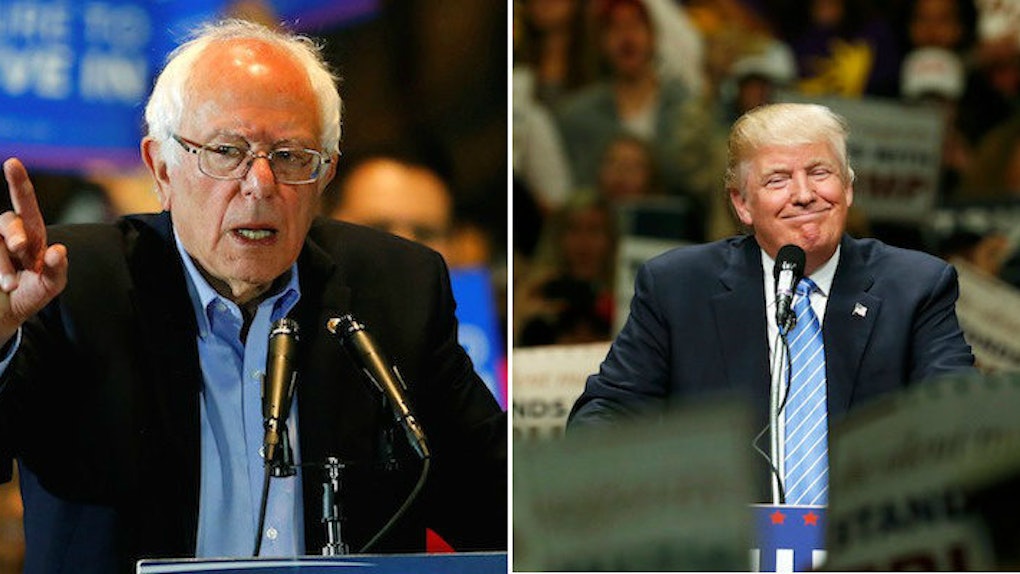 If he paid a sum toward charity I would love to do that.

Always thirsty for more publicity, the former reality TV star added such a debate would generate "such high ratings."

It appears Bernie is very enthusiastic about this idea. The Vermont senator responded with a tweet that quickly went viral.

All of this comes not long after Democratic front-runner Hillary Clinton declined to participate in a debate with Sanders prior to the California primary on June 7. This helps explain why Sanders is so open to debating Trump.

But it's hard to say if this will actually happen. Trump has a long record of making big statements without backing them up.

For example, it recently came to light Trump had not made good on a promise to donate $1 million to veterans' causes, even though he said he would four months ago. Trump only took action to fulfill that pledge after he was caught in a lie by The Washington Post.

Given Trump is willing to make false claims about donating money to veterans, it's hard not to be skeptical about him agreeing to debate Sanders.

But, maybe if people continue to pressure him, Trump won't be able to back down from the challenge. It would certainly be interesting to see the two New York natives duke it out. Let's hope it actually happens.