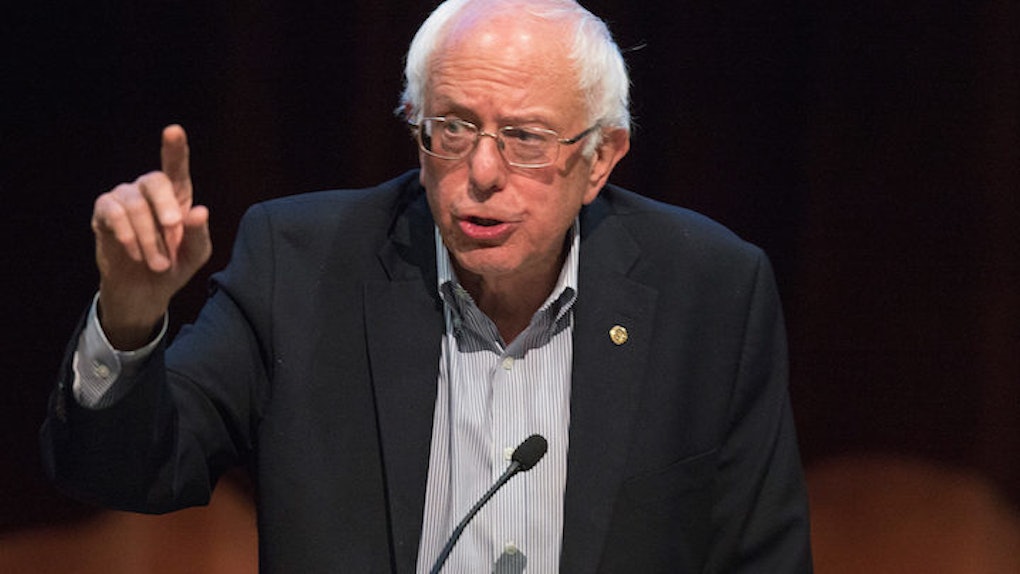 By now, you're probably familiar with the Internet's most-hated man, Martin Shkreli.

In case you need a refresher, he's the guy who bought the rights to a life-saving drug called Daraprim, which is used to fight parasitic infections in at-risk groups, including those with HIV and AIDS.

After purchasing the drug, he immediately jacked up the price per pill by more than 5,000 percent, effectively pricing out low-income patients and hospitals.

While Shkreli appears to have made enemies at nearly every turn, you can officially add one more to his list of foes: Vermont Senator Bernie Sanders.

Earlier this week, Shkreli made a $2,700 donation to Sanders' presidential campaign. Shkreli reportedly made the donation to Sanders, an outspoken opponent to big pharma, in the hopes of gaining his attention and an in-person meeting.

But there will be no meeting. In fact, the Sanders campaign took Shkreli's money and donated it to Whitman-Walker Health, a Washington, DC-based clinic that specializes in the treatment of HIV patients, according to The Boston Globe.

We are not keeping the money from this poster boy for drug company greed.

Shkreli is reportedly "furious" at Sanders' power move. In an interview with Stat, Shkreli said,

I think it's cheap to use one person's action as a platform without kind of talking to that person. He'll take my money, but he won't engage with me for five minutes to understand this issue better.

Even as the battle rages on, Shkreli noted he still supports some of Sanders' views, including his stance on free college and better access to mental healthcare.

He is especially supportive of Sanders' views on a military intervention in Kosovo. Shkreli, who is Albanian, tweeted,

That hit me very hard. For a guy I didn't expect to like, I couldn't ignore that.

Even Shkreli is kind of feelin' the Bern.